How federal legislation breaks down for Kentucky 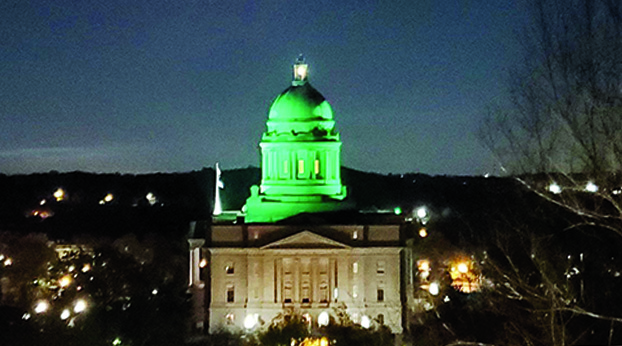 During his final scheduled press briefing of the year, the governor said the federal legislation means at least $5 billion to Kentucky, although the timetable for distribution of the funds is not yet known. It breaks down as follows:

“This is too many cases, but is slightly less than Tuesday of last week,” Beshear said. “Again, it suggests that either we have plateaued, or we have decreasing cases. We certainly know we have stopped the exponential growth, that the steps taken and the sacrifices made by Kentuckians have worked for the third time. All that, we could say is success, but this is still a lot of cases.”

He said the success is very fragile, “and our actions, whether they were over Christmas or will be over New Year’s, can change success into failure. The steps we have taken toward triumph to tragedy, so please make the right decisions.”

There were also 31 new deaths on Tuesday, meaning 2,594 Kentuckians have now lost their lives to COVID-19. The latest victims ranged in age from 33 to 101. Four of them were from Jefferson County; there were three each from Pulaski, Taylor and Wayne counties; Perry County has two deaths; and there were one apiece in Boone, Clinton, Daviess, Floyd, Graves, Hopkins, Jessamine, Knott, Larue, Laurel, Marshall, McCracken, Ohio, Owen, Webster and Wolfe counties.

This was Gov. Beshear’s final scheduled press briefing of the week and of the year. He is expected to send out a report on Wednesday, then will observe the New Year’s holiday until Saturday, when another report should be generated.