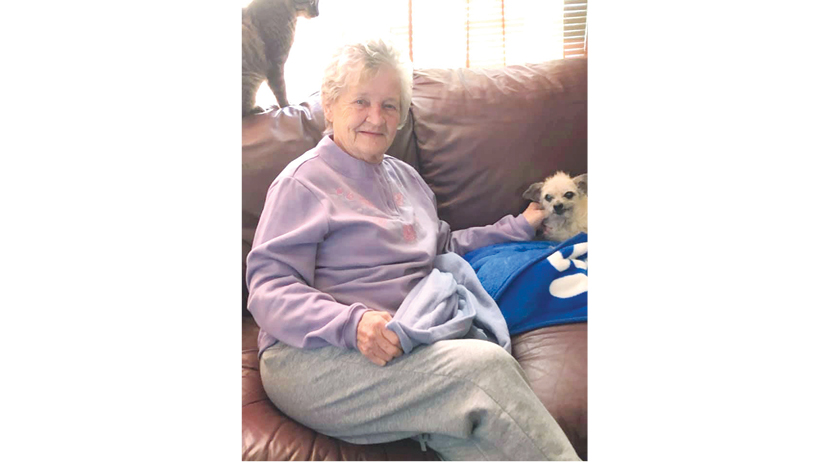 After the bombing in downtown Nashville on Christmas Day, which caused AT&T service disruptions not only in Tennessee but also parts of Kentucky and Alabama, Diana Smith tried contacting the Danville Centre for Health and Rehabilitation, where her mother is a resident. She had no luck because the facility’s phones were impacted.

Smith lives in Canada, her sister and one of her brothers live in Lebanon, and her other brother lives in Harrodsburg. The last time she spoke to someone on the facility’s main number was Christmas Eve, and since then as of 1:05 p.m. on Dec. 30 she tried to contact the number every day with no success. She said no one from the facility reached out to her about the phone situation either. She said it’s been stressful especially because her mother has COVID-19, though she said she understands the pandemic is a difficult time for long-term care facilities.

“It’s still worrisome for my 83-year-old mom to be in that facility with COVID and not being able to reach them,” she said.

On Dec. 30, Smith called a Danville Centre for Health and Rehabilitation CARE Line for residents, family members and stakeholders, where they can bring questions, comments or complaints, and she said she filed an ethics report, which the person on the phone said would be presented to the facility. Smith said she explained the communication issue in the report.

Smith, who said she is a registered nurse, said her mother has been living at the facility for about a month — her sister took her there the day after Thanksgiving — and tested positive for COVID-19 after about two weeks living there. About two or three days after she started living there, Smith and other family were able to have a video conference over Zoom with her. Smith hasn’t visited in person because she lives in Canada, and her siblings have been able to see their mother in a limited capacity, through a window or door, because COVID-19 has restricted visitations in long-term care facilities. Especially after their mother contracted COVID-19 and was moved to the COVID-19 unit at the facility — residents who have tested positive for the disease are kept separate from those who have not — communication with her has been difficult due to circumstances surrounding the disease and the impact of the bombing in Nashville. One of Smith’s brothers did, however, go by the facility on Dec. 29 and was able to see their mother through a window, Smith said. She said he also spoke to someone at the facility who explained the situation with the phones and assured him their mother was OK.

When it comes to cases of COVID-19 at the Danville Centre for Health and Rehabilitation, as of Dec. 29, there have been 73 residents who have tested positive to date, 22 of which occurred in the last 14 days. That information is according to a phone recording reached at a phone number for facility COVID-19 updates. Smith said she received the phone number along with other information she got when her mother started living at the facility.

Forty-seven staff members have tested positive to date, three of which occurred in the last 14 days. Also, as of Dec. 29, there have been 10 residents who tested positive and have since died. There have been 50 resident recoveries from COVID-19 and 44 staff recoveries. At the facility, there is daily symptom screening and a COVID-19 unit wing, which has separate staff and supplies to reduce transmission, as well as other measures in place to reduce transmission.

Smith said when her mother first went to the facility, she got up, dressed herself, walked out the door and “ate a huge burger” before she left. She was fairly independent except for the fact she had dementia, Smith said. But when she contracted COVID-19 things were very different. One day during the time her mother had COVID-19, Smith said she called the facility and asked how her mother was doing and received word she had taken a turn for the worse. She was bed-bound and couldn’t get up because she was too weak due to COVID-19. Her mother was on oxygen and she was receiving a pureed food diet because she couldn’t eat, Smith said.

“This is a complete and absolute turnaround from what she was, a decline like that in two weeks,” Smith said.

And when, after that, the bombing happened and phone communication was cut off, and the timing made things hard, she said.

“It was like a perfect storm, between the COVID, bomb going in, we hadn’t even really adjusted to her having to be in a nursing home, then we can’t see her because of COVID, then we can’t even communicate with them because of the phones,” Smith said. “So it just built up, truthfully.”

The Advocate-Messenger made multiple attempts to call the VP of branding and communications for Signature HealthCARE that were not answered, and the call failed when trying to reach the Danville Centre for Health and Rehabilitation.