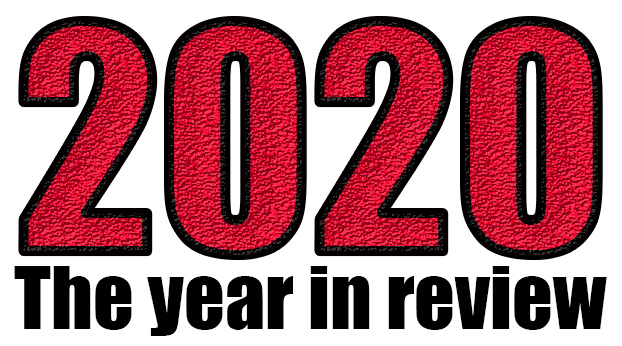 The following is a recap of news stories from July through December 2020. A recap of January through June was published in the Dec. 29 edition of The Advocate-Messenger. 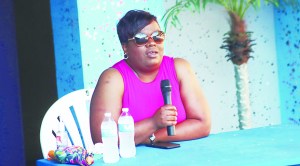 Cheryl Burton, the moderator for the “Real Change Now” forum held in July, speaks to a gathered audience of 75 to 100 people at Pioneer Playhouse.

Between 75 and 100 people gathered outside at Pioneer Playhouse July 2 for a community forum to talk about changes they want to see in the community. 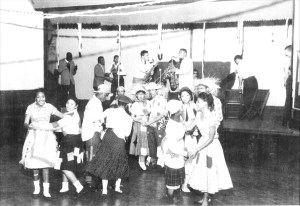 The Danville-Boyle County African American Historical Society now has a place to call home, and it’s located on North Second Street, which was historically an African American business district decades ago. Historical images were put on display at the new location.

The Danville-Boyle County African American Historical Society now has a place to call home, and it’s located on North Second Street, which was historically an African American business district decades ago.

Michael Hughes, president of the DBCAAHS said the room they’re leasing is at 108 North Second St., in the old Henson Hotel. 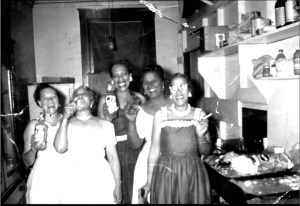 ‘Words mean things’: Knight resigns from EDP and Constitution Square group due to anti-BLM post; GABBF will vote on his dismissal

Jail on COVID lockdown: Health director said jail officials are doing everything right, with what they’ve got to work with 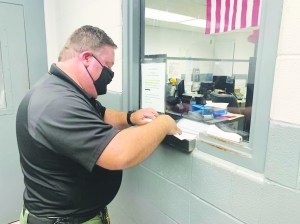 Chief Deputy Jailer Chad Holderman prepares the health check forms every essential personnel visitor at the jail must complete before coming in. The jail was on lockdown in August due to COVID-19 cases there.

During the COVID-19 pandemic, need for food and other economic assistance has heightened, particularly for the elderly, the disabled and those without a means of transportation. In response, the Danville Housing Authority Community Service Center started a mobile food pantry Aug. 24 to transport food directly to those in need in public housing, said Gwen Campbell, resident services coordinator for the Housing Authority of Danville.

Centre College students, faculty and staff are adapting to COVID-19 protocols and restrictions in ways that only a small college can do, and the low number of positive cases is a testament to their endeavors.

The college has its own trained contact tracers; it’s using a specialized COVID app developed by campus IT staff, and it conducts frequent testing of everyone on campus, according to Chief Communications Officer Michael Strysick. Of course everyone is also required to wear face masks, and are strongly urged to practice social distancing and frequent hand washing, he added. 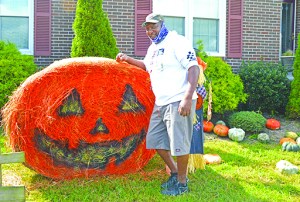 Ernest Gooch stands on his front lawn, where he has placed dozens of pumpkins. This is his second year providing free pumpkins in his yard for children and other members of the community. – Photo by Olivia Mohr 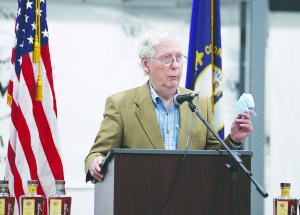 Early voting during a pandemic

Early voting took place in Kentucky from Oct. 13 to Nov. 2, with dates and hours possibly varying by location. Prior to Election Day, voters came to the Boyle County Courthouse to either drop their absentee ballots in ballot boxes or vote early in person. Voters could also cast their absentee ballots by mail. On Nov. 2, the Advocate-Messenger made a stop at the courthouse to catch a glimpse of early voting in person during a pandemic.

Ephraim averaging 12 to 15 COVID patients hospitalized: Average has been stable over past few weeks 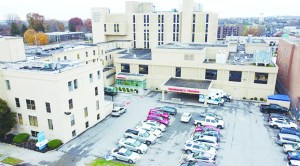 Ephraim McDowell Regional Medical Center in Danville had an average of 12 to 15 people hospitalized in its COVID unit on a daily basis in November. – Photo by Jeff Moreland

On average, Ephraim McDowell Regional Medical Center has between 12 and 15 COVID-19 positive patients in the hospital’s COVID unit on a daily basis, according to spokesperson Jeremy Cocanougher. “The number of COVID patients has been stable over the past three to four weeks,” he added.

Shop with a Cop delivered this year 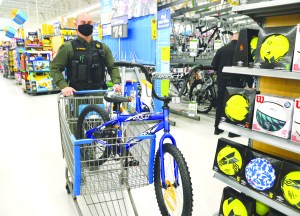 Casey McCoy, a captain with the BCSO, picks out a bike for the 10-year-old boy from Junction City he is shopping for. He said he missed seeing the children’s faces while they shopped with the officers and picked out gifts. – Photo by Olivia Mohr

This year’s Shop with a Cop event looked a bit different due to COVID-19. Instead of the children shopping with the officers from the Danville Police Department and the Boyle County Sheriff’s Office, officers had wish lists from the children and went to Wal-Mart on Dec. 17 to shop with $200 for each child’s gifts. One officer was assigned to each child. Then, the officers took the gifts to The Showroom on Lebanon Road to wrap them and personally delivered the gifts to the children’s homes.

LEXINGTON — A little more than a year ago, Boyle County left Kroger Field under a dark cloud. On Friday night, the Rebels floated out of that same stadium on cloud nine.

Three hundred and seventy-eight days after a heartbreaking defeat in the state finals, the Rebels redeemed themselves by returning to championship form.

Boyle outlasted Franklin County for a 31-28 victory in the Class 4A championship, giving the school its ninth state title and giving the players who were part of last season’s loss the win they wanted more than perhaps anything else in the world.

When the line formed for Boyle County’s first doses of the COVID-19 vaccine, Mike Wilder was exactly where he wanted to be — at the front.

Wilder is Boyle County EMS director, and he said he was happy to be the county’s ‘guinea pig’ and receive the first dose of the vaccine Wednesday morning at Woodlawn Elementary School.

As of Sunday, Dec. 20, Northpoint Training Center had 409 active COVID-19 positive inmates, according to the Kentucky Department of Corrections website. By Tuesday, the number of inmates with the virus jumped to 672.

On Dec. 20, there were 15 staff members reported to be infected with the virus at Northpoint, and the next day, the number had risen to 23. There was also one staff death reported that was due to COVID-19, according to the website.

It’s pretty amazing the way students — and others — in my area have found a way to show local... read more