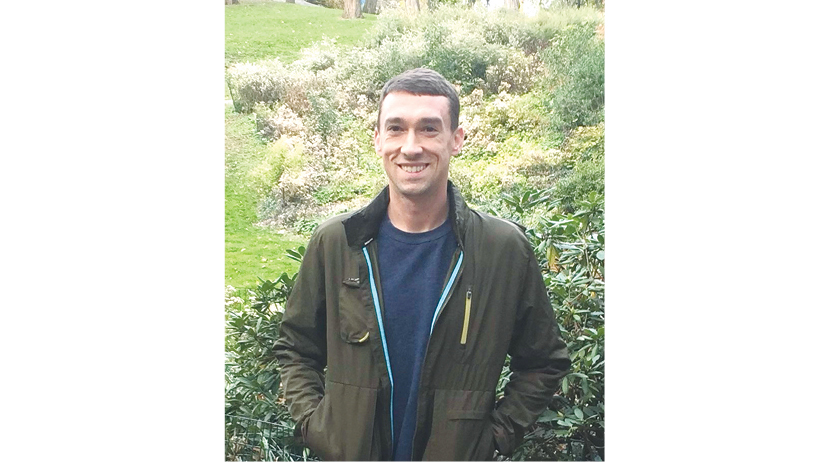 Josh Morgan, Danville’s new city engineer, was born and raised in Danville and will return home for the job. His first day on the job will be Jan. 19, he said.

Morgan previously worked for the city as an assistant city engineer during the time Earl Coffey, Danville’s current city manager, was city engineer. He said the assistant position was open at the time because Danville was implementing a stormwater program with requirements with the state, so Morgan largely worked with the stormwater program during that time. Morgan said Coffey reached out to him when the job posting for city engineer was open since they had worked together before to see if he was interested.

“To get the opportunity to go back and just to help Earl kind of keep Danville as great as it is — I mean, it’s an incredible city, and I’m proud to be from there, and I can’t wait to get back and just keep making it better,” Morgan said. “We can always do things better.”

In the time between when Morgan was assistant city engineer and now, he has been working for the commonwealth of Kentucky with the Kentucky Finance and Administration Cabinet under the Division of Engineering and Contract Administration. In this role, he helped with consulting and construction services for state agencies.

He worked on a variety of projects, including roads, parking lots, stream restoration projects for fish and wildlife, and architectural projects. He oversaw several large capital projects in this role, which he said prepares him well for projects in his new role with the city, including the construction of the new central fire station.

Morgan said he’s excited for Danville’s implementation of its downtown master plan and the potential projects that come along with it, and he said his previous experience with streetscape projects as assistant city engineer were some of the most fulfilling projects of his career. Park projects are also important to him, he said.

Morgan said he’s “quickly approaching turning 40,” and he’s recently been looking back on what he’s done with his career and on what he’s done to help his community, which he wants to expand upon. He also in the last few years has become increasingly interested in local politics, something he wasn’t as interested in when he worked with the city before.

“I started looking around at what I have enjoyed in my career and what could I bring to my community, and I started thinking about my work with the city and what I enjoyed about working with the city and for the city, the things I liked working on, and the last few years I’ve really developed interest in just local government, city government and how things work and what they can do to improve communities,” he said.

Morgan knew he wanted to pursue civil engineering as a freshman or sophomore at Boyle County High School, which is also where he met his wife. He went on to earn an engineering degree at the University of Kentucky.

He said he and his wife are “excited to come back home,” since they’re both from Danville.

“We’re excited to come back home and do something for our community,” he said.