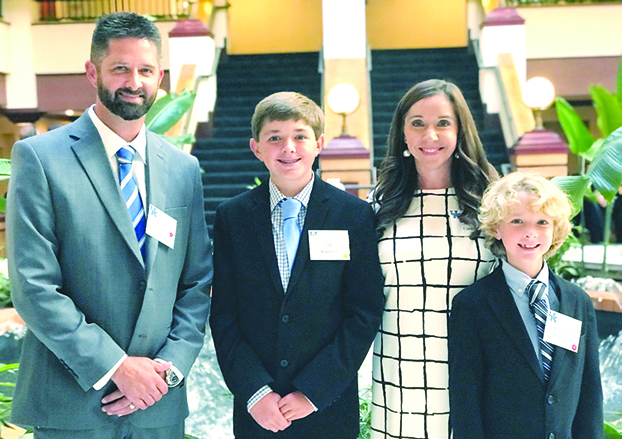 Marshall Carrier is pictured with his family. He said his new job as utility director in Danville is a good opportunity not only for himself professionally but also for his family. - Photo submitted

Marshall Carrier began his job as Danville’s new utility director on Monday, Jan. 4. He said he has “roots” in the community, since he grew up in Lincoln County, graduated from high school there, and lives there now. 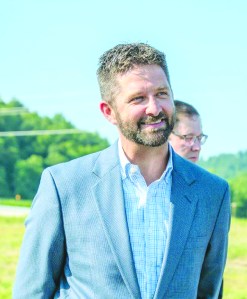 Even as a kid, he said he was fascinated with how things work, like roads, bridges and faucets, and he enjoyed math and science, so he decided to pursue civil engineering. He graduated from the University of Kentucky with a degree in civil engineering in 2003 on a transportation scholarship and went on to work for AGE Engineering Services, Inc., which is based out of Stanford, for about six and a half years. His most recent job was working for the Kentucky Transportation Cabinet since 2009, where he said he got additional design and administrative experience. He said in this role, he gained a new appreciation for local engineering work in communities like Danville, and he’s excited to work for the city. Carrier was selected for the utility director position at a Dec. 14 Danville city commission meeting following an executive session.

“This is a great opportunity not only professionally for me but also for my family,” he said.

Carrier said he believes there is quality leadership and education in the community, as well as growth potential.

“Danville’s trending in a positive manner,” he said. “You can see that. It’s obvious to people outside looking in.”

He said he applauds some of the steps Danville has taken already to improve its utilities, such as its new water treatment plant, where his office is located. He said it’s impressive and modern.

“On a national scale, to have something like this in the city of Danville is really innovative, really forward-thinking,” Carrier said. 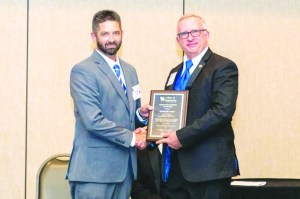 As a utility director Carrier anticipates wearing many hats in areas including policy development, administration, operational direction of the city’s utilities, fiscal management, water production and distribution, and wastewater treatment and collection. He said he’s also looking forward to projects such as working on Perryville Road improvements and helping bring safe drinking water to Perryville in an improved manner with more modern facilities.

To accomplish such tasks, he said teamwork with city and county officials is important and something he is looking forward to, ultimately to further economic development.

“It was obvious to me coming into the role that a lot of thought and innovation had been given to the groundwork that’s already laid out already, and my goal is to build upon that and work with the folks in government locally in keeping that mentality of growing Danville and growing the economy in the area and provide job opportunities for the folks not only that live here now but hopefully provide a situation where you would attract young families just like me into the area and enjoy what Danville has to offer,” he said.