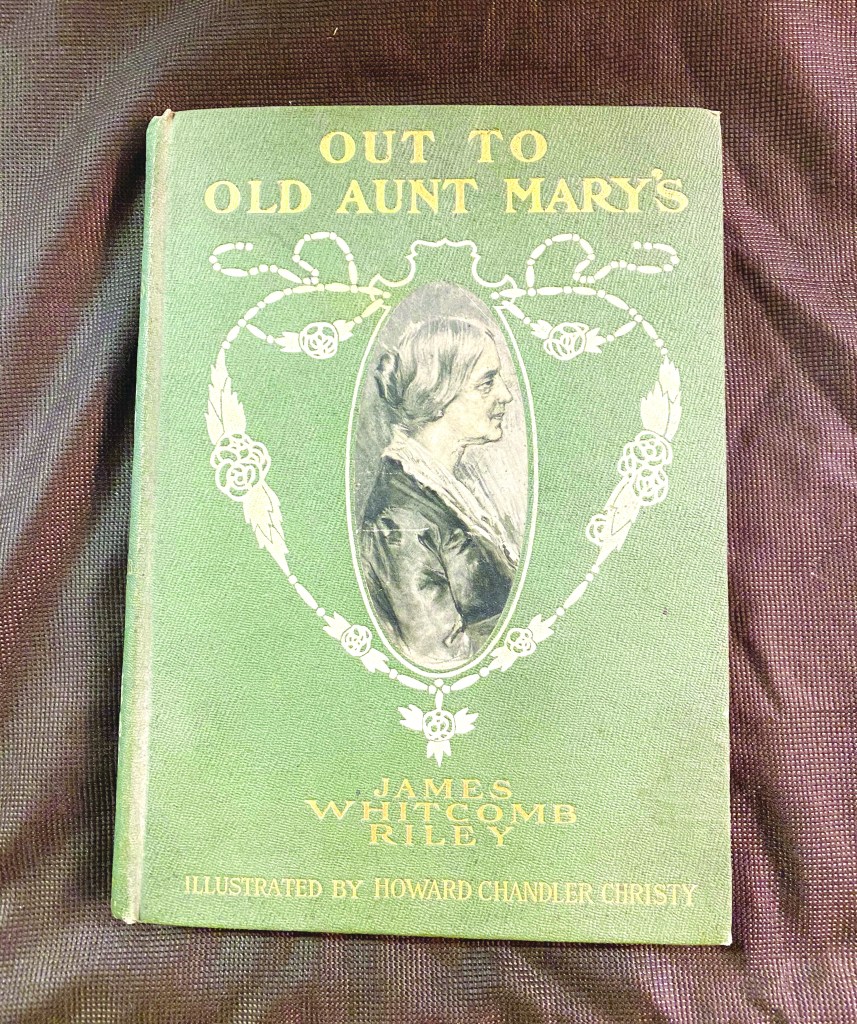 Question: Jerry, I’m been helping Mom and Dad to downsize recently. They had inherited, years and years ago, a collection of poetry books by James Whitcomb Riley. There are easily 30 of them. They are beautiful, but do they have any interest today? I looked online and found that the prices were all over the place. One is signed. All are just mint condition. I don’t think that some have been opened. I think that all of them are published by Bobbs Merrill and date to the early 1900’s. Just didn’t know if they were valuable or not. Thanks for looking at them.

Answer: Boy, I know that when I first opened the store, that you were graded by how nice your collection of Riley books were. The times have changed, but you knew that. First James Whitcomb Riley is Indiana’s favorite son for old-timey poetry. Born in 1849, he was called the “Hooiser Poet or the Children’s Poet.” His careen began simple enough, sign painting and composing lyrics that he submitted to newspapers. But in the 1870s all of that changed, when Henry Wadsworth Longfellow endorsed him and set his career in motion. By the 1890s he was wildly successful, not only in his home state, but across the country. By the time of his death in 1916, he was still a best selling author, and was one of the main reasons for the creation and fostering of the Golden Age of Indiana Literature.

All of his works have a simple, homey style, some would say saccharine sweet and cloying. Overly sentimental, simple minded with their folky dialect and depicted a lifestyle that never really existed were some of the things that later critics declared. I find them charming and kind, in a not so kind world.

They were nearly always illustrated by Howard Chandler Christie and decorated by Margaret Armstrong, both worthy of a whole article here. I’ve only seen one or two signed copies. An author’s signature only helps in the value of any book.

There was a time that Riley books of this condition would have been priced for $100.00 or more each. I can remember selling them for this much and more when I first opened. Today, the market has shifted. In the real world, they might be priced, in a retail environment, from $35.00 to $50.00 each or less. Now, back home in Indiana, they might fetch more. So keep this in mind if you plan on selling or liquidating. Hope that this helps. They are gorgeous books, and maybe they can find a place in your own home collection.