City, county exploring plan to work together on economic development 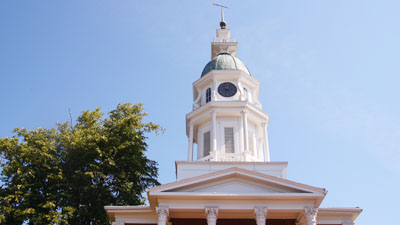 The governments of Danville and Boyle County have agreed to “explore” the possibility of creating an interlocal agreement so they can invest money together for local economic development. The agency would be known as an economic development authority.

The concept would allow the governments to purchase land together with taxpayer money and create an incentive package to entice business or industry to locate here, said Danville City Manager Earl Coffey as he explained the proposal to the Boyle County Fiscal Court on Tuesday. 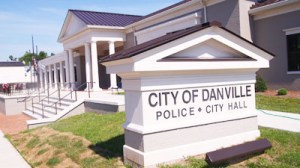 After the regular meeting, Coffey said it was too early in the process to ask if creating an EDA would compete with or replace the existing Danville/Boyle County Economic Development Partnership or the Industrial Foundation.

“We are not asking any of those questions ourselves yet. Currently, the question at hand is whether the community’s economic incentives (to some degree) will be expanded to include land?” Coffey said. “Can an economic advantage be created by the public investment in land. As time has passed, it is apparent more dollars are being invested in economic development by public agencies.”

At Tuesday’s meeting, Coffey said the city held a workshop on Jan. 6, where the city commission discussed how economic development could evolve and what kind of approach it should pursue. They also decided to ask the fiscal court if it wanted to be a partner with them.

“The goal today is to assess from the court, their belief if they want to incentivize land, and how to discuss the idea of forming an authority … then figure out how that authority goes with the other economic activity that we have,” Coffey said.

Coffey added, “The board of (city) commissioners … desire to work with the county because that’s the right thing to do. … When we talk about developing and speaking with one voice for our community we believe that working together makes us stronger.”

He explained that the city has a long history of economic development and support “through infrastructure growth, infrastructure management, county roads, city streets, water and sewer.” He added that “Collectively … we are a consolidation of a lot of community voices.”

He described the county as being “constitutional and have a lot of other embedded requirements, tax collection and the court system.”

Coffey explained that EDPs were originally focused on “volunteer efforts and man hours.” But over the years, the way communities approach economic development has changed.

The EDP’s recent Land Acquisition Task Force found that in other communities “you see an increasing role in public dollars in direct recruitment and economic activity. The ultimate driver what they found is … do we as a community want to incentivize land?”

He said, “The land question is one that we have not been nimble in addressing … finding ourselves being forced to have this conversation.”

Coffey said, “The city and county, when we look at a parcel of land and consider to incentivizing it, you’re going to do an investment of several million dollars, potentially. But your goal is to do that with a business mind set in a way that you expect a return on that investment. … You’re investing capital dollars into your future just like you do with a small business.”

Magistrate Jamey Gay, who participated on the task force, said he believed “wholeheartedly” for the city and county to work together. But he added, “Like any business, there is risk involved and there is patience involved.”

“We also need to clearly recognize … this will require a lot of public dollars to be injected into this.”

Gay said, “We can’t be naive and think that it’s not because all these communities that we (the land acquisition task force) explored and visited, they were willing to put millions of dollars into their economic development and those are public dollars. … I think we need to go into this with eyes wide open as we move forward, if we take this new approach to economic development.”

Magistrate Tom Ellis voiced his frustration over the current economic development numbers. He said over the past five years the total expenditure was “over $5.5 million, yet we lost 70 jobs.”

Magistrate Jason Cullen said he understands investments and putting in “some capital to see some returns.” However, referring to the county’s investment in the EDP, “We already put in 10 years of tax payer dollars and have not seen the returns we’d like to see. The returns that these tax payers would like to see and that  they were expecting like better jobs, better opportunities in our town.”

Cullen added, “If we were seeing a good result from our current EDP, I don’t think anyone of us as magistrates would have a problem investing more into it. But when your investments are flat, you don’t put any more money into it. I think right now we’ve been kind of treading water and we were putting in the bare minimums because we just weren’t seeing the results.”

The fiscal court voted unanimously to explore and “examine the possibilities of heading into an interlocal agreement with the city to move the concept of economic development into reality,” said County Judge-Executive Howard Hunt.

Coffey said, “Now staff will work with both the County Attorney and City Attorney to develop an interlocal agreement (to be considered by both public agencies) creating a legal entity that could be used to acquire land using public dollars; an EDA.”