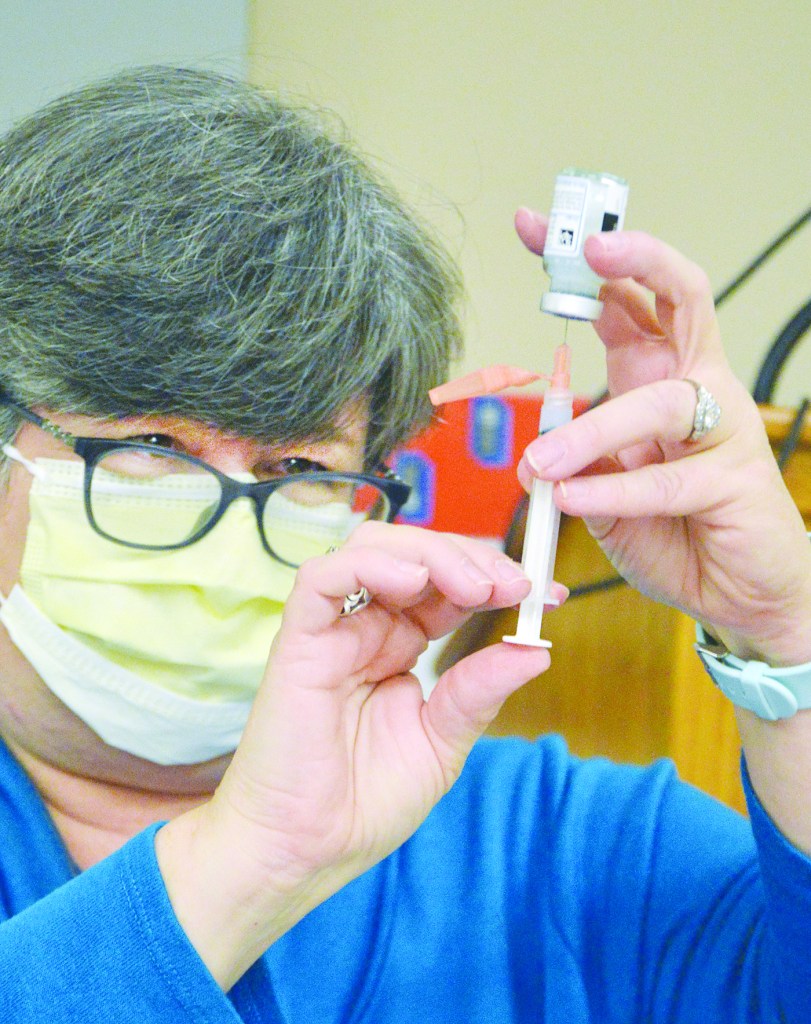 The public shouldn’t be reluctant to receive the COVID-19 vaccine.

“The science is there. The science is good. There’s nothing about the vaccine that is unsafe,” said Ephraim McDowell Health Infectious Disease specialist Dr. Chris Petrey during Friday’s Rotary Club online meeting presentation.

Petrey said the Pfizer and Moderna COVID-19 vaccines are “Messenger nRNA” vaccines. “The science is not new. It’s been around for at least 20 years,” predominantly studied for use in immunotherapy for treating cancer.

“Messenger RNA vaccines work just like it says. It’s a messenger. We are giving you the piece of RNA that will code for the (COVID-19) spike protein. It gets injected in our arm. Then your body will take that RNA messenger and the ribosomes will translate that messenger RNA into the spike protein. And once it’s in the spike protein, that’s what your body makes the antibodies against,” Petrey explained. “So you make the antigen yourself, and your body makes the antibodies against it. So it’s not new technology. There’s good science behind it.”

Petrey said some people are worried about the vaccine because, “it was rushed to market. Yes it was definitely rushed to get to market. But hundreds of millions of dollars is pouring into the new vaccines’ — soon to be three — research. When you’ve got that much money coming in, there’s a lot you can do with money.”

He added, “People say AIDS has been around for 35 years now, why is there not a vaccine for that? Because there is not as much money going into AIDS research as there is into this.”

Petrey explained that the research was sped up because there’s a possibility that at lease 400,000 people just in the United States could die from the virus. “When you’ve got people dying then you tend to give up money and the money is what provides the fuel for the research.”

He told the group that he trusts the vaccines and the research involved so much that he enrolled his mother in the Johnson and Johnson Phase III study at Central Baptist Health Care in Lexington.

He said he’s heard some people saying they don’t want to take the COVID-19 messenger RNA type vaccine “because RNA is close enough to the work DNA. People think that it’s going to somehow alter our DNA. There’s a big difference between RNA and DNA,” Petrey said. Messenger RNA cannot get into the nucleus of the cells so there is zero chance, zero way, that it can actually alter your DNA makeup.”

He explained that after receiving the COVID-19 vaccine — especially after the second dose, people may feel bad for up to 48 hours, but that means the vaccine is working and your body is making the antibodies it needs to fight the virus. People also complain of a sore arm, as if they’ve been punched.

He added that he has been vaccinated and will soon get the second dose because, “I’m not playing Russian Roulette with being put on a ventilator.”

Petrey said when a person recovers from COVID-19, they have some natural immunity for about three months. So those people still need to be vaccinated to be immune for a longer period of time.

Even though researchers don’t know how long a person will be immune to the virus after getting both doses, Petrey suspects a booster shot may be required sometime down the road.

When asked if the recently reported incidents of COVID-19 mutations would alter the vaccine’s effectiveness, Petrey said they would not. The virus’s spike protein is the exact same, “which is what we’re attacking,” Petrey said. Other proteins on the outside of the virus “actually make the variant.”

Petrey said at least 75 percent of the population needs to be vaccinated, “Then we can go back to some sense of normality by the end of summer or the first of fall of this year. However, if we don’t, then this is a problem that we’re going to be dealing with for the next two to three years.

He added if the majority of people don’t get the vaccine, “You can expect to be wearing that mask for two to three more years, staying away from your families…”

Gas prices on the rise in Kentucky