EMH wants to be a vaccine center, needs public support 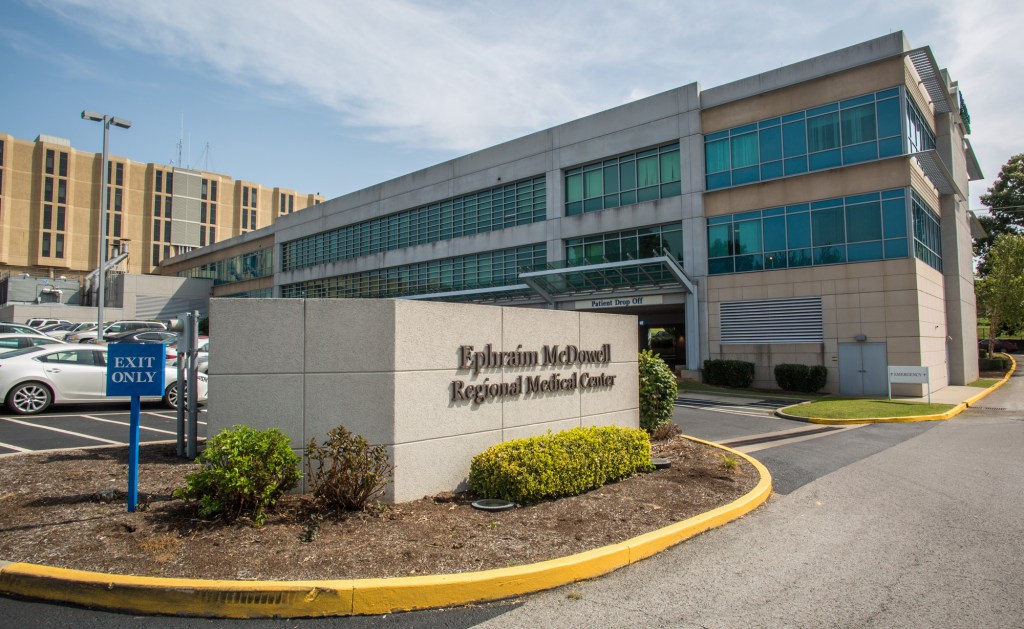 Ephraim McDowell Health, which serves a six-county area, has not been selected as a state vaccination center. This means the closest centers where residents in Boyle, Lincoln, Mercer, Garrard, Casey and Washington counties can get their vaccinations will be in Lexington or Louisville.

However, EMH officials are putting pressure on state legislators to lobby for the local healthcare facility to be a mass vaccine distribution center. And, its asking the public to do the same.

EMH Chief Medical Officer Dr. Gary Bunch told the Rotary Club on Friday, “The state has decided to make big cities the centers for vaccination” which means people who want to get their vaccine as soon as possible will have to drive at least an hour or more away from their home for the first and second doses.

Also, teachers would have to go out of town to receive their vaccines once that group of people are cleared to get them by the state.

Bunch said EMH has three hospitals and 23 clinics that are staffed and capable of conducting mass vaccinations. He said EMH has already administered hundreds of vaccines for its employees and at Northpoint Training Center. Therefore, “We feel we should be that center .. we’ve done that very efficiently, but we’re just not getting any cooperation from the state.”

Bunch asked the club members, “If you all have any pull with Frankfort and with those people that are going to be making the decision about this, I would encourage you to call those people and lobby for us to be able to get the vaccine here to where we can administer it. Because if not, there’s 155,000 people around here that are going to be in a really bad situation,” Bunch said. “There are a lot of people who can’t drive an hour one time to get a vaccine. And to make them drive twice to get a vaccine … it’s really pretty unthinkable.”

He added, “It’s really a healthcare crisis for this six-county area. Everyone that can should call the governor’s office, should call their senators, their legislative people from Kentucky.” Bunch said, “We really have to get attention to the idea that this six-county area of 155,000 people is being ignored and that we have the resources here. We’re just being ignored. I don’t know if it’s an oversight, if it’s political or what it is. But it’s definitely a problem.”

In addition to mass vaccination centers at large healthcare facilities, Gov. Andy Beshear announced on Thursday a partnership with Kroger to increase the speed of COVID-19 vaccinations across the state.

The first Kroger regional drive-through vaccination sites will open the week of Feb. 1 for people in the Phase 1A, 1B and 1C groups, according to a news release from the governor’s office. Details on where the site locations will be and how to sign up will be released on Jan. 28.

“I’m trying to figure out if I’ll get my vaccine in the deli, and if I have a reaction, I’ll have somebody in produce to take care of it. I don’t know. It doesn’t seem to make sense to me,” Bunch said.

On a much smaller scale, local physician offices have been notified they will receive some doses, said Danville Internal Medicine Office Manager Linda Wooten on Friday. However they don’t know when or how many doses their office will receive.

“We expect them, but we don’t order them like the flu vaccine. They will come automatically.” She added, “We’re on high alert,” and they have everything ready and waiting to start vaccinating as soon as the doses arrive.

In the meantime, the office staff is compiling a waiting list of their patients who call wanting the vaccine. She explained that they’ll schedule appointments to get the vaccine on the same day that it’s delivered to their office.

University of Kentucky Health Care has opened a link to register for COVID-19 vaccinations. Please click on https://ukhealthcare.uky.edu/covid-19/vaccine and follow the instructions to register. There is a number listed to call if you can not register online per the link.

Please share this information with your family, neighbors, and friends.

As of right now the Boyle County Health Department has not been given any information on getting vaccine for the general public in our county.