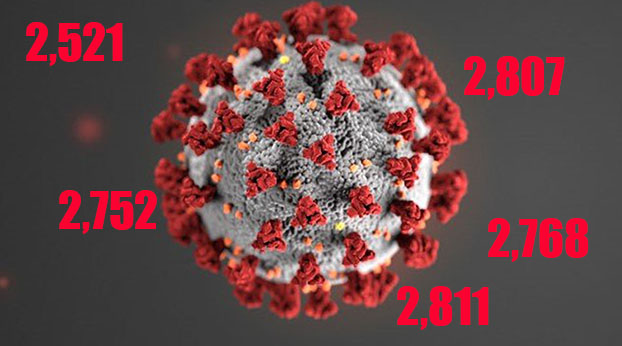 With daily numbers being released to the public from our state officials, we should be able to be informed and have a better understanding of how things are going with the pandemic. We should be able to, but we are not.

We hear from readers who want to see regularly updated statistics on how the virus is affecting Boyle County. We heard the request, and since Jan. 1, we here at the Advocate-Messenger have been creating a daily chart showing the latest numbers for Boyle County. It didn’t take long to realize why there’s so much confusion out there about how the virus is spreading. Here’s what I’m talking about.

Things got worse. On Jan. 12, Boyle County had a reported total of 2,829 total cases according to state numbers. The next day, we had 39 new cases. By my math, which I admit is not great, I count 2,868. Not the state. Somehow, they reported that we had 2,772 total cases thus far. That’s right. Our total number of cases declined.

On Jan. 14, just one more day later, Boyle County had 24 new cases reported. Our new total? You guessed it, the total again went down, this time to 2,768 total cases.

Here’s the worst part. As of Jan. 10, Boyle County had a reported total of 2,752 cases. Today, that number stands at 2,811 from the latest state report. That’s an increase of 59 new cases over a week. And that’s terribly wrong. When I added up each day’s number of new cases for our county over that same time period, according to these same state reports from Jan. 11-17, Boyle County reportedly had a total of 217 new cases, not just 59. How do state officials lose count over a one-week period to report numbers that are off by so much?

Those aren’t the only errors. The Jan. 11 death total for Boyle County reported by the state showed five local deaths. The next day, that jumped to 12. On Jan. 13 and Jan. 14, our local death total was listed as 14, but actually declined on Jan. 15, returning to 12 deaths. All of this comes despite our local health department reporting more than triple this number. In a recent Facebook post, Boyle County Health Department reported 37 local COVID-related deaths.

It’s disappointing to see our local health department and other officials working to provide information to the state, only to have those numbers butchered. As I see such large errors in such a short period, and for just one county, I have to wonder just how bad is the overall math for the entire state over the course of nearly a full year of battling this pandemic.

Blood is on Trump’s hands