‘Where do we go from here?’: City of Danville hosts virtual MLK Day celebration and panel 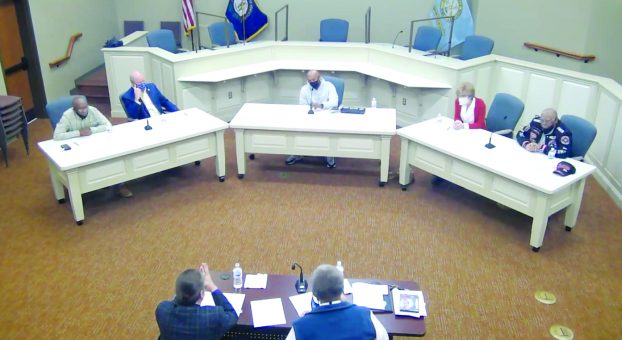 Johnson sang songs of hope from the civil rights era to close and open the event, and the panel spoke on a film they watched called “The Witness from the Balcony of Room 306” and about diversity in Danville and Boyle County. The Advocate-Messenger covered some key takeaways from the event. The recorded video of the full event is available on the city of Danville’s YouTube page.

The life, death and legacy of King

A key aspect of the video the panel watched was King’s fight for sanitation workers on strike in the ‘60s for higher wages, up to the assassination of King. Ball said when he attended civil rights demonstrations in Nashville in the ‘60s, he thought the fight for civil rights and equality involved only Black people, but he saw the crowd really was half Black and half white and saw it was about the struggle inequality brought to all people. The strike also gave King a platform to talk about the oppression of the poor, which was not limited to Black people.

“He wanted equal treatment for everybody,” said Dunn.

Hughes recalled going to marches in Frankfort and seeing King speak. Hughes said King knew his days were numbered — there were threats on his life and he did not anticipate living a long life — but he didn’t stop fighting for justice.

“That’s one of the most powerful things,” Hughes said.

Also, Hughes said when King was assassinated, some people thought it meant the end of the movement, but Hughes said as the video emphasizes, the dreamer can be killed, but not the dream, and the movement was only beginning and continues to this day.

Dunn said the issue of people not making enough money to pay for what they need but making too much money to qualify for government assistance is something still prevalent today — to him it seems people are often set up to fail.

During the panel, Atkins proposed a question about comparisons between civil rights protests in 1968 and Black Lives Matter protests in 2020. Dunn said he saw a similarities in the way the two U.S. presidents of the different times approached law and order. When he saw peaceful protesters in the video beaten with clubs, he said it took him back to the protests in summer 2020 and President Donald Trump saying in a tweet “when the looting starts, the shooting starts,” a phrase that has roots in the ‘60s, according to a National Public Radio article.

“It makes you angry because once again, history repeats itself,” Dunn said.

Kelly said one thing that struck and angered her was the difference between law enforcement action and preparation when Black Lives Matter protesters gathered at the U.S. capitol in 2021 compared to action and preparation toward “Stop the Steal” protesters on Jan. 6 following the Electoral College’s confirmation that president-elect Joe Biden had won the 2020 presidential election.

During the panel, Perros asked the citizen panelists about what the call to action in light of King’s legacy and recent protests and conversations regarding race is, particularly for the Danville community.

Dunn said the atmosphere at Danville High School is diverse and there aren’t a lot of racial issues, but until recently English curriculum, for example, was quite whitewashed, he said, but in the past year, the district has been making more of an effort to include diverse pieces of literature and learning into curriculum. Also, following Black Lives Matter protests of 2020, the Danville school district formed a Diversity and Equity council, which the Advocate-Messenger has previously reported on. Atkins said Boyle County Schools staff has recently been receiving diversity training. There is more of an active effort to be anti-racist and inclusive, Dunn said.

However, Hughes said one concern he hears a lot in the community is there are not locally a lot of Black people in commerce and administration.

“I hear that a lot,” he said. “I think that is something that needs to be addressed.”

Dunn emphasized a need for more people of color in certified positions in education as well, and for workplaces in general to be more mindful about diversity in hiring and applications.

Atkins encouraged the audience listening in on the event to visit the Art Center of the Bluegrass’ art exhibit “The Art of Being Black,” which explores being Black in Danville and racial justice, and he also gave suggestions of books to read:

• “Where Do We Go From Here: Chaos or Community?” by Martin Luther King, Jr. This is King’s fourth and last book he wrote.

• “White Rage” by Carol Anderson. Atkins said this book explores history from Reconstruction to the election of former U.S. president Barack Obama and how people have responded to advances of people of color.

Dunn suggested the following book, which he said was assigned to a high school English class:

• “Stamped from the Beginning: The Definitive History of Racist Ideas in America” by Ibram X. Kendi