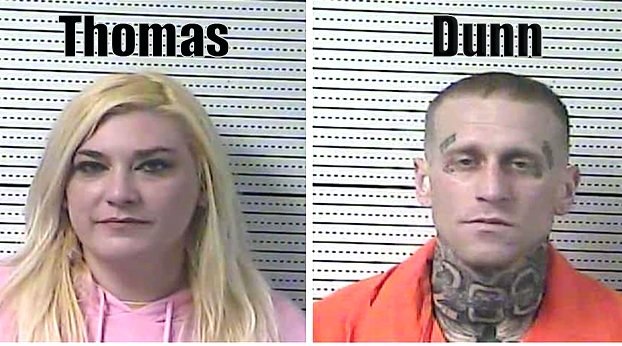 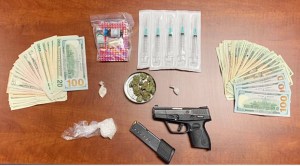 Various drugs, money, and a handgun were discovered during an investigation at a house on Shelby Street Thursday night. – Photo courtesy of Boyle County Sheriff’s Office

Two Junction City residents were arrested and face multiple drug charges after a Thursday night as part of an investigation.

As a result, methamphetamine, heroin, steroids, marijuana, Xanax, Suboxone, drug paraphernalia, and a handgun, along with cash were found at the residence.

Both were lodged in the Boyle County Detention Center.