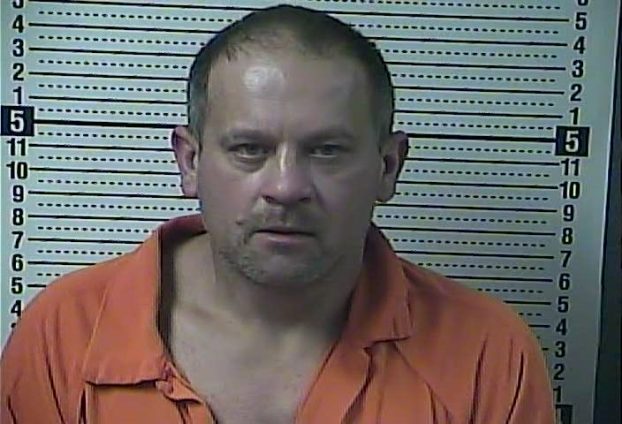 During a traffic stop in Perryville Thursday, the driver, William Drummond, was found to be a wanted fugitive, according to a post on the Perryville Police Department’s Facebook page.
Police chief Parker Hatter reported that officer Larry Nunes conducted a traffic stop Thursday on E. 2nd Street and Mr. Misers Shell, according to the post.
“Upon investigation of the driver and passenger, it was discovered Mr. Drummond to have absconded from parole and was a wanted fugitive,” the post reads. “Mr. Drummond was placed under arrest by Chief Hatter and Officer (Nick) Paton and escorted to Boyle County Regional Jail.”
The charges against him listed in the post are a warrant for parole violation of the following: second-degree manslaughter, fleeing or evading police, possession of a controlled substance, first-degree wanton endangerment and driving under the influence.
According to the Boyle County Detention Center’s website, Drummond is 47 years old, Hatter was the arresting officer, and there is currently no bond amount listed for Drummond’s case.
You Might Like

An online petition is being circulated in Danville to prevent a Future Land Use Map and zone change on Ky.... read more