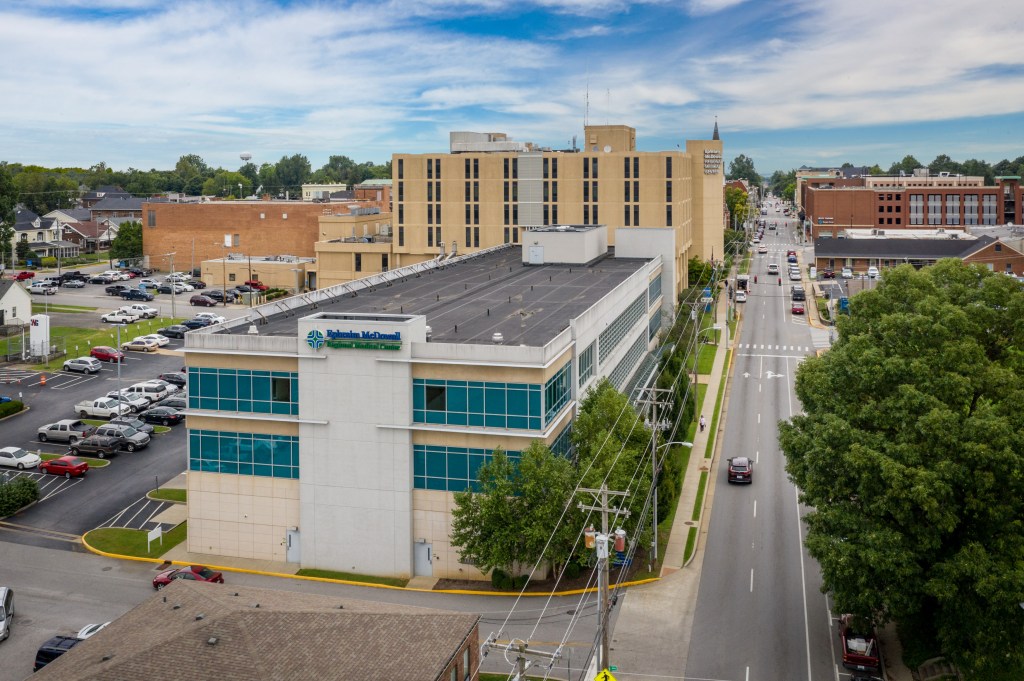 Less than a week after city and county officials sent a letter to the Kentucky Director of COVID Vaccine Distribution requesting that Ephraim McDowell Regional Medical Center be a site for mass vaccine distribution, state officials came here to evaluate the facilities.

On Monday afternoon, Boyle County Judge-Executive Howard Hunt said Sec. Jim Gray, along with representatives from the state public health department, emergency management and transportation experts visited with hospital officials that morning (Jan. 25) to evaluate the feasibility of having a vaccine center there.

Hunt said they discussed the hospital’s “resource capability, infrastructure” and how many vaccines it would be able to distribute on a daily basis.

Addressing the fiscal court on Tuesday, Hunt said, “It was an exciting day yesterday … Sec. Gray initiated his evaluation process for Ephraim McDowell to be considered a regional mass vaccination site.”

Hunt said the group spent about an hour touring the facility and going over what capabilities EMRMC could offer. “They had a very good discussion.”

“I assured them in the evaluation process there is county and city support,” Hunt said.

EMRMC has not been approved, Hunt stressed. But it is now being evaluated and could be considered a mass vaccination site in the near future. “I don’t know” when they will have an answer.

Magistrate Phil Sammons reminded everyone that the state was still short on vaccines too.

The letter pointed out that EMRMC serves a six-county area with three hospitals and 23 community clinics for 150,000 residents from Boyle, Lincoln, Mercer, Garrard, Casey and Washington counties.

“The inconvenience of selecting out-of-region vaccination centers leaves many deciding if they can even afford to get the vaccine. … As a retirement community, Boyle County has a sizable senior population who would be best served by a local vaccination site. Our most vulnerable residents suffer from financial barriers that prohibit them from missing work; or, they lack the means to drive this distance (Lexington or Louisville) twice.”

The letter ended, “On behalf of the Danville-Boyle County Community, we strongly urge you to reconsider and designate EMRMC as a Central Kentucky mass vaccine distribution center. This is in the best interest of our citizens.”

County Administrator Julie Wagner told the magistrates how the community can get work done when everyone works together. “One of the great things about being in the county is that the citizens get behind something and really make things happen. We are really hoping that this will come out to be something positive for us. We’ll keep you informed.”