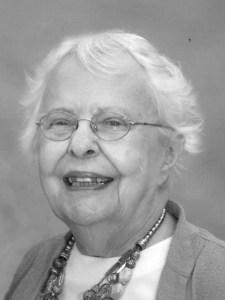 Katherine Erskine Orton, 89, died on January 19, 2021, in Stanford, Kentucky. She was born on October 11, 1931 in Danville, Kentucky to the late James Davidson Erskine and Margaret Esther Wark Erskine. She graduated from Danville High School in 1949 and earned her Bachelor of Journalism Degree at the University of Missouri in 1953. She was predeceased by her three sisters, Mary Wark Gentry, Margaret Caldwell and Charlotte Heffernan.

Katherine was an Advertising Copywriter from 1953 to 1973, working for radio stations in Colorado, Wisconsin, Arkansas, New Mexico, Illinois, and Kentucky. She then worked as a Community Developmental Director/ Service Coordinator for the city of Montrose, Colorado. She returned to Danville in 1985 and worked as a legal secretary for Judge Pierce Lively, US Court Of Appeals until her retirement. She was a member of the Amanda O. Rodes Book Club. She wrote many plays including “Birth of a State” for the 1992 Kentucky Bicentennial Commission of Boyle County and filmed by PBS for distribution to Kentucky Public Schools. She served as a board member of the West T. Hill Community Theatre since 1990 and wrote several full-length plays which were performed at West T. Hill Community Theatre and the Constitution Square Festival. In retirement, she enjoyed volunteering for Soups on Us, playing bridge with her wonderful friends, getting her weekly calls from her daughter, and eating dinner, always saving room for dessert. Katherine was a Sunday School teacher and an Elder at The Presbyterian Church.

A Memorial Service will be held at a later date. Memorial donations are suggested to The West T. Hill Community Theatre, Soups On Us at The Presbyterian Church or Heritage Hospice. The online guestbook and Hugs From Home Cards are available at www.stithcares.com.