A closer examination of the slot-machine bill 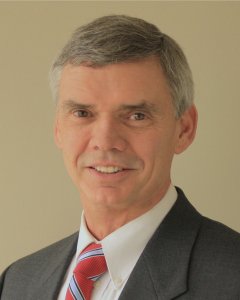 Next Tuesday, we’re told, there will be a bill introduced that will make the so-called “historical racing” slot machines legal.  That will be quite a feat since the machines are not the Kentucky Lottery, are not charitable gaming and certainly are not pari-mutuel wagering on horse races — the only kinds of gambling allowed by the Kentucky Constitution.

It took 10 years in court for The Family Foundation to prove that these devices are not pari-mutuel as the machines’ proponents claimed.  The 10 years were needed because the tracks slow-walked the legal process while they made hundreds of millions of dollars operating the machines during the tenure of the case.

Let’s be clear: These machines illegally and unlawfully fleeced Kentuckians of over $800 million during these last nine years of operation.

And, sadly, like all slots-type gaming, the machines are aimed at less sophisticated gamblers. In other words, they target the underprivileged, the elderly and the poor. At a time when many of these people are looking forward to the next stimulus check from the federal government, the last thing we need to do is entice them to risk their money on the small chance they won’t lose it – and further enrich already wealthy casino interests.

The proponents of these slots-type games argue that it will keep money in Kentucky. That’s foolishness since the people who make the machines and many of the people who see the profits are from out-of-state. The corporation that stands to make the most from this is Churchill Downs, whose stock is publicly traded and owned mostly by out-of-state individuals and financial interests. It is Churchill Downs and their out-of-state investors, not Kentuckians, who will be the ones who see most of the profits. Note: Churchill’s stock went from $10.95 a share in July 2010 when the court case started and to $198 a share in December 2020. That’s 1800%! Did wages, purses, benefits go up 1800% anywhere else in the horse industry?

Legalizing these machines will also increase the likelihood of corruption. Already the agency overseeing these games, the Kentucky Horse Racing Commission, has compromised itself ethically over and over again by allowing what we now know to be illegal gambling to go on for nine years. In fact, the Racing Commission does not even operate under the Executive Branch Ethics Code.

Here’s what we would advise legislators before they even look at the slot-machine bill on Tuesday:

#1 Require the Racing Commission to come under the Executive Branch Ethics Code.  How can so many other agencies be under the Code but not the gambling regulation agency?

#2 Require the racetracks to return the money they have illegally taken. This is just common sense – a form of repentance: “Return what you have unlawfully taken!” Why would you reward individuals who have done something illegal for nine years by changing the law at their request so they can do more of it — non-stop?

#3 Make sure it is not the same people on the Racing Commission. The current members (and those members since 2010) have deliberately “given away the store” to their friends who own the racetracks.  Operational licenses for gambling that were discussed at $200 million, $300 million and $400 million each just 15 years ago were literally given away for free to the tracks.

#4 One last thing: Make the effort to expand gambling through a constitutional amendment so everyday people can have a say. Yes, we at The Family Foundation will still be against it and will encourage legislators to vote “No” (because these machines will hurt Kentucky families), but at least legislators would be honoring the Kentucky Constitution.

KENT OSTRANDER is executive director of The Family Foundation.