Gray tasked with getting vaccines to Kentuckians 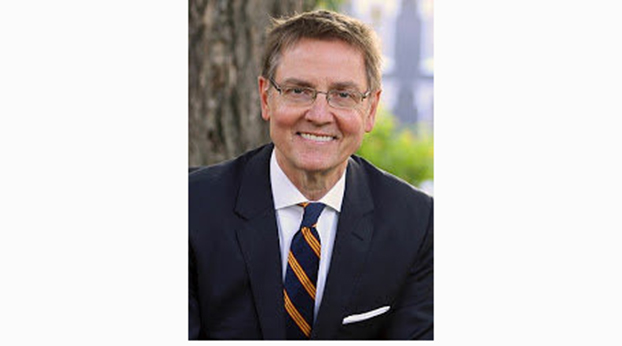 State Transportation Secretary Jim Gray manages a $2.2 billion budget and has been president of an international construction firm, two-term mayor of Lexington, and Democratic nominee for the U.S. Senate, but he says none of those responsibilities has been more important than his new one: getting coronavirus vaccines to Kentuckians.

“There’s probably, arguably, nothing in my lifetime that has represented more of an important responsibility than this,”

Gray, 67, said in an interview Friday with Kentucky Health News.

In his new public-health role, Gray says he hears the voice of his grandfather, Dr. Carl Clifford Howard of Glasgow, who was known as the father of Kentucky’s tuberculosis hospital system and was a strong advocate for public health.

“His voice really spoke to me when the governor asked me to take on this responsibility,” Gray said. “It continues to speak to me, in terms of the urgency of this effort, the significance of this effort that impacts so many of our people.”

Dr. C. C. Howard not only opened the first hospital and medical laboratory in Glasgow, in 1914 and 1915 respectively, but was also instrumental in developing the state TB hospital there.

Gray said his grandfather, who died in 1971, “was always interested in trying to help in other locations, to take medical care to other locations,” and persuaded Gov. Ned Breathitt (1963-67) to put a health clinic in the Martin County seat of Inez, four hours by road from Glasgow, where Gray grew up.

Gov. Andy Beshear named Gray director of vaccine distribution Jan. 14, tasking him with getting regional high-volume vaccine sites evaluated and secured, in anticipation of the day when the state has enough doses of vaccine to get a shot into the arm of every Kentuckian who wants one.

Gray said the effort is part of the “largest logistical effort and project in world history,” according to officials of UPS, who he said clearly understand the scale of the job. The company has a hub in Louisville and delivers vaccines from the manufacturers to all states east of the Mississippi River.

Kentucky’s first four regional vaccination sites are opening this week. One, in partnership with Kroger Health, opens Tuesday, Feb. 2, at the Kentucky Horse Park’s Alltech Arena. Another will open in Danville, through a partnership with Ephraim McDowell Regional Medical Center. Two will open in Paducah, through partnerships with Western Baptist Hospital and Mercy Health-Lourdes Hospital. More are in the works.

When Beshear asked him to take this role, Gray said, he recognized the governor’s main charge to him was to support and reinforce the work of the state Department of Public Health, led by Commissioner Steven Stack.

“Dr. Stack has done a remarkable job. I say routinely that this is such a high-performance team,” Gray said. “I don’t think there’s a better leader in the country in any state than Dr. Steven Stack.”

Gray brings private- and public-sector experience to his new role, having learned about logistics and distribution during his many years in Gray Construction and about the importance of “listening eloquently” and solving problems when he was mayor of Lexington from 2011 through 2018.

“It’s all about problem-solving, putting a bear hug around a problem and wrestling it to the ground,” he said. “And that, in many respects, is what a project like this represents as well.”

The big bear right now, vaccine supply, is hard to reach. Beshear has said at least 64,000 shots will be given this week, but the state could vaccinate 250,000 people a week if it could get that many doses. As supplies remain tight and demand has increased, the state has had to delay the third phase of vaccine eligibility, which includes people 60 and older.

Gray said one of the first things he did after being asked to take on this role was to establish a project management office, which is run by Mark Carter, who is also in charge of the program that traces the contacts of people infected with the virus.

Carter once ran a Medicaid managed-care firm in Louisville.

Project management is a basic approach in construction, Gray’s main career. “When a project-management system functions well, when it’s clear, when the organization is clear and the roles and responsibilities are clear, when the schedule is clear, and the budget is clear, then the project can be more efficiently and effectively managed,” he said. “So that’s exactly what we’ve established right out of the gate.”

Gray’s other lieutenants include Jamie Emmons, his Transportation Cabinet chief of staff, and Mike Dossett, the director of the state Division of Emergency Management, who leads the team that evaluates potential sites and selects them for implementation.

Six weeks into the project, Gray said the team has evaluated sites all over Kentucky, but not chosen them all. The ultimate goal, he said, is to make sure there are no “vaccine desserts” in the state. More sites will be announced on each of the next two Thursdays, Beshear said Thursday, Jan. 28.

Gray said his team aims for an “equitable distribution” of vaccines, just like Stack and his lieutenants do when they allocate them, considering such things as the most vulnerable populations; making sure there is vaccine access for communities of color, which have been hard hit by the virus; and ensuring that areas with large populations are covered, because this improves herd immunity, which requires at least 70% of the population to have been vaccinated.

He said the team uses a two-page checklist to evaluate sites, answering questions such as whether the clinic will be walk-in or a drive-through, the dates of availability, whether there is access to an interstate highway, the number of doses that can be administered per hour, who will provide the workforce, whether there is access to medical-grade refrigerators and high-speed internet service, what type of security is available, and the availability of restrooms.

“Population densities, vaccine throughput, and drive times are our main drivers,” Gray said. “We’re trying to avoid anyone having to drive more than one county away to get a vaccine.” He added, “The most efficient vaccination system is going to be one that focuses on getting as many vaccines into arms as many shots in arms as we can as quickly [as we can].

One of Gray’s memories about his grandfather was that he “often went against the grain, especially against the medical community,” and was often described as a socialist because of his dedication to public health. He said his advice continues to guide him: “He would say, Jim, always remember, take care of the people, and the money will take care of itself.”

As of Jan. 29, the state has administered 382,219 doses of vaccine. Of those, 327,473 have been administered in a state program, and 54,746 have been given to residents and staff in nursing homes, through a much slower federal program run by CVS Health and Walgreens.

Both vaccines in use require a booster shot three or more weeks after the first inoculation. National vaccine trackers show 7 percent of the state’s population has received at least one shot, just above the national average of 6.9%.

Asked about the challenges of adding this new position to his ongoing responsibilities as transportation secretary, he said, “Multi-tasking is sometimes a skill that we all need to acquire and when we’re called to a duty, we need to accept that call and accept that duty.”

That said, he added that he had a “really talented team” at the transportation cabinet who came with a wealth of institutional knowledge and talent, and because of that, he was more able to take on this assignment, “which is so vital and so important.”