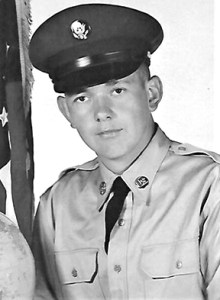 Jerry served in the United States Army during the Vietnam War. He worked as a welder at Matthews Conveyor for many years and was a licensed pilot and enjoyed aviation.

Jerry is survived by several cousins.

No services are scheduled. Arrangements are under the direction of Walden Funeral Home.