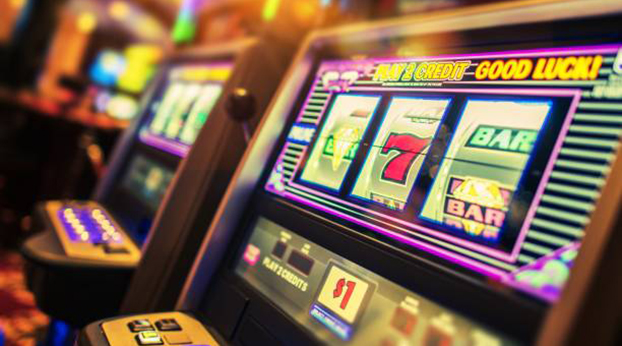 Will Ky. legislature double down on video gambling?

Gambling lobbyists are ratcheting up their efforts by targeting lawmakers with a form letter contending that Kentucky’s signature industry faces a “major threat.” They lament the loss of millions of dollars in investments, thousands of jobs, and that in these tough economic times, legislators should be “doing everything to protect jobs and encourage economic growth.”

The threat the tracks face of losing tens of millions in new infrastructure costs is real. So is the prospect of the state losing $21 million in tax revenue. But the horse tracks should have known better than placing such a reckless bet in the first place. They forged ahead with their casino-like developments in the middle of a lawsuit that challenged their legality a decade ago.

It isn’t news that gamblers gamble, but eyebrows were raised when Churchill Downs and Keeneland rolled the dice with a multi-million-dollar wager and it came up snake eyes. It’s a first for Kentucky’s equine industry that is used to getting its way.

But should we feel bad for Kentucky’s favored industry that has skirted the law and defied the legal process by which public policy is rightfully changed? The Oak Grove Track and Gaming facility near my old farm in Trigg County advertises, “Get ready for Vegas Thrills, Minus the Flight!” They have 1300 video slot machines that promise fast action and big jackpots. But has anyone ever asked Christian County residents if they wanted a Las Vegas-style venue in their backyard?

The people never had a say. The legislature never changed the law. Heck, there’s never been a legitimate hearing where legislators had a chance to hear both sides present their case at the same time. The Kentucky Horse Racing Commission (KHRC) magically discovered in one of their meetings over a decade ago that if you called slot machines historical horse racing (HHR) and devised new electronic games called horse racing machines (HRM’s), then it would be ok. But it’s not ok. It’s dishonest.

All horsemen know that you should never get the cart before the horse. Bad things happen when you do. In this case, they played word games and manipulated the lawmaking process. As a result, Kentucky’s highest court saw through the charade in their unanimous ruling in September of last year and now the horse tracks stand to lose millions of their investments. Losses for the wealthy can be absorbed. This isn’t the case for Kentucky’s lower socio-economic class.

State-sponsored gambling hurts people on a wide scale, especially the poor. They’re sold a bill of goods that promises them a way out of their poverty. But the path toward a better life doesn’t come by pushing the button and being mesmerized by spinning wheels. The bells and whistles and even an occasional win are more likely to lead to more poverty. As much as casino interests talk about jobs and the economy, they certainly don’t specialize in altruism and the well-being of players. They make money through people losing.

Maybe at this point, the horse tracks have developed a sense of empathy toward those who’ve lost their money playing video slots. An estimated $2 billion was wagered on video slots at Kentucky’s six casinos in 2019, and many of the players lost way more than they can afford.

The House never likes to lose, but in this case, they’ve not hit rock bottom like the thousands of Kentuckians they’ve sent there. Another loser in this drawn-out saga of brute force and deception are the people and industries who follow the rules of the public policy process. There is an established way to change the law, and it is not through unelected boards or commissions. We have legislators to do that.

This brings us back to the intense pressure they were facing as they convened on February 2.  Whether the legislature doubles down on bad arguments and a bailout of an industry that doesn’t need any help remains to be seen.

RICHARD NELSON is executive director of the Commonwealth Policy Center.