Point: A $15 an Hour Minimum Wage Is a Start

President Biden has proposed raising the minimum wage to $15 an hour by 2025. This has led to the predictable cries of economic disaster from business organizations and right-wingers more generally.

The standard argument against raising the minimum wage is not supported by the evidence.

We now have considerable experience with state and local governments having substantial increases in their minimum wages. Several cities, including New York, San Francisco and Seattle, already have a $15 an hour minimum wage. California’s statewide minimum wage is now at $14 an hour and is scheduled to hit $15 an hour for mid-size and large employers next year and all employers in 2023.

Dozens of economists have carefully analyzed these minimum wage hikes. To the surprise of many, including me, there is no evidence that these minimum wage increases have led to job loss. Instead, they have resulted in substantial improvements in living standards for millions of low-wage workers.

To be clear, this doesn’t mean that no businesses have reduced employment or possibly even gone out of business due to higher minimum wages. Small businesses are always struggling, and many close every day of the week. Any additional expense can be a burden, whether it is higher rent, the electric bill, or the minimum wage, but that is how the economy works.

We want to run the economy in a manner that ensures that workers can earn a decent living. We don’t have a responsibility to ensure that businesses can survive by paying their workers very low wages.

And again, the research indicates that when one business is cutting back employment or shutting its doors because of a minimum wage hike, another is opening or expanding employment. Economists have looked hard for evidence of job loss from these minimum wage hikes and have generally been unable to find it.

The federal minimum wage currently stands at $7.25 an hour. It hasn’t been raised for 12 years, the longest period without a hike since the national minimum wage was first established in 1938. That translates into an annual income of $14,500 for a full-time worker. That’s not far above the poverty line for a single person and well below the poverty line of $21,720 for a family of three.

Economists often point out that if the minimum wage had simply kept pace with inflation since 1968, it would be over $12 an hour today and around $13.50 by 2025. The unemployment rate that year averaged 3.6 percent when the minimum wage was at its inflation-adjusted peak value, so it did not seem to be causing unemployment then.

But this is an incredibly low bar. Setting the 1968 level as a benchmark would mean that minimum wage workers would be seeing no increase in their standard of living over a nearly 60-year period.

In the 30-year period — from when the minimum wage was established in 1938 to 1968 — the minimum wage rose in step with productivity. This meant that low-wage workers shared in the gains as the economy grew more productive and people were able to enjoy higher standards of living.

If the minimum wage had continued to rise in step with productivity growth, it would have been $24 an hour last year. By 2025 it would be close to $30 an hour, roughly twice the level that President Biden targets in his proposal. In that scenario, a full-time minimum-wage worker would be earning $60,000 a year.

To be clear, raising the minimum wage to $30 an hour in 2025 would almost certainly lead to serious job loss. We have made many changes to the economy that have been designed to redistribute income upward, such as rules on patents and trade policy. Unless we reversed these policies, the economy would be unable to support a minimum wage anywhere near $30 an hour.

Nonetheless, the $30 an hour minimum wage can be a useful benchmark. It is what workers at the bottom would be earning in 2025 if we had kept the policies that we had in place over the three decades from 1938 to 1968.

In this context, a $15 minimum wage in 2025 can be recognized as a very modest target that will nonetheless provide enormous benefits for tens of millions of workers and their families. We really need to do it.

Dean Baker is the senior economist and co-founder of the Center for Economic and Policy Research. He is the author of several books, including “Rigged: How Globalization and the Rules of the Modern Economy Were Structured to Make the Rich Richer.”

Counterpoint: Is a $15 Minimum Wage Worth the Costs? 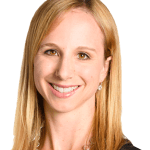 Insufficient income bears the blame for all sorts of problems.

If all jobs paid at least $15 per hour, it might seem that many people’s struggles could be relieved. And perhaps fewer government welfare programs would be needed.

That’s part of the premise behind the populist push for an unprecedented doubling of the federal minimum wage, from $7.25 to $15 per hour.

The problem with policymakers trying to raise workers’ incomes through government mandates is that laws can’t create additional income — they can only redistribute it. What relieves one person’s struggles increases another’s woes — and creates a whole host of unintended consequences.

Imagine a whole town made up of different-size Jenga block towers. To raise the height of some towers requires taking pieces out of other towers. But that leaves some towers unstable, and yet others fall to pieces. The larger the increase for some, the more widespread the destruction for others.

A 107 percent increase in the federal minimum wage could wreak havoc on many workers, businesses and families.

Foremost will be the job losses. A Congressional Budget Office study estimated that one out of every 14 — and potentially as many as one out of every four — low-wage workers would lose their jobs.

That was a pre-pandemic estimate. Implementing a national $15 minimum wage now would be like throwing gasoline on fire for industries that have been hardest-hit by COVID-19.

The hope with many of these COVID-19 job losses is that they will come back once the health crisis subsides.

But jobs lost to the minimum wage won’t come back. A whole cohort of workers could have no place in the formal labor market. Where will young, less-educated workers or those with limited English language skills, disabilities or a criminal record go to get their foot in the door?

At $15 per hour, any job that produces less than about $36,000 per year becomes unprofitable.

Employers can try raising prices, but that will reduce demand for their goods and services.

Families already struggle to afford child care. How many would be priced out of the market with a 25 percent increase in costs? And how many people will buy fast food if its prices rise 38 percent?

While the effects would be widespread, they would not be equal. Women and minorities would be harder hit, as would teenagers and individuals with less education and experience.

Even high-cost areas that have implemented $15 minimum wages have experienced survival-of-the-fittest employment declines, as workers who lose hours and jobs have to go outside the city, and some businesses relocate or close their doors completely.

An analysis of the economic effect of a $15 minimum wage in the wealthy D.C. suburb of Montgomery County in Maryland estimated that it would cause one out of every three low-wage jobs to disappear from the county.

The unfortunate reality is that a $15 minimum wage would do far more harm than good, with the biggest consequences accruing to the most marginalized workers.

Artificial wage increases come with nasty side effects — like the disrupted Jengatown.

But authentic wage increases that come from workers producing more value have positive effects — like adding new blocks to the Jengatown.

Amid a strong economy, fewer unnecessary regulations, and lower taxes on job-creators, low-income workers’ wages increased 13 percent between 2016 and 2019. Moreover, the sharing economy has opened doors and opportunities to workers of all ages, abilities, and income levels to earn income on their own terms.

Imposing a $15 minimum wage on small businesses — as many are struggling to survive — is indefensible. Unfortunately, by the time policymakers realize the damage a $15 minimum wage will cause, it will be too late to negate the consequences.

Rachel Greszler is a research fellow in economics at The Heritage Foundation.