Litter abatement grant being used to clean up the county 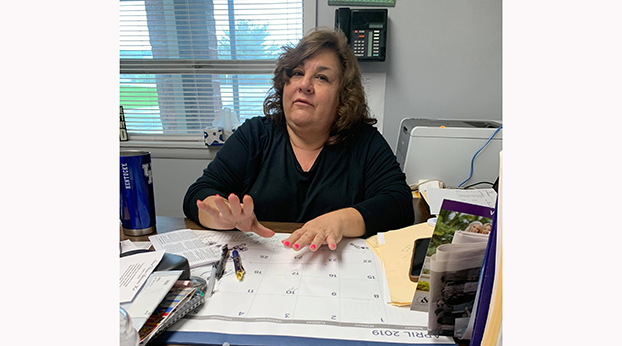 Angie Muncy, director of solid waste in Boyle County, is perplexed by how much litter and trash is picked up from roadsides. Solid Waste employees are constantly picking up litter and hauling off large items dumped on the sides of roads.

Boyle County’s roadside litter problem is being cleaned up thanks to the state funded litter abatement grant and extra manpower provided by the county jail.

Angie Muncy, director of solid waste management said, “As the weather cooperates we are doing our best to get out and get this issue under control. COVID-19 has taken a toll on some of our programs and unfortunately, this has been one of them.”

“Having that been said, it is unfortunate that litter even has to be a problem.”

Litter abatement is a yearly grant available to every county in Kentucky, Muncy said. The amount of money granted to a county is based on population and road miles. Boyle receives about $30,000 annually in litter abatement, she added.

To date, Maple Avenue, Ky. 52, Airport Road, Ky. 34, and Alum Springs Road have been cleared, and they are just getting started on litter clean up on Old Stanford Road, Muncy said.

Barry Harmon with two inmates from the Boyle County Detention Center have been cleaning up some spots, and two employees of the solid waste department have been working as well, she said.

The litter abatement grant is used to cover “direct expenses” associated with public road and city street cleanup efforts including staff time, supplies, and other expenditures related to litter clean up. The grant is also used for education which focuses on litter prevention, she said.

Since mid-January, they have collected about 180 bags of litter from 30 miles of roads in the county, Muncy said. “There were 16 bags picked up just in front of the airport.”

Several residents have contacted Muncy’s office about where litter is a problem. “All I can tell them is that we will get to it as soon as we can. … We get more demands than thank you’s. But we are doing the best we can under the circumstances.”

She added, “The worst comment I have heard is that some people actually think that it is great that inmates pick up litter. They think they are saving taxpayer money! First of all, we as taxpayers, are paying for the inmates. Secondly, our tax money is paying for litter control and pickup.”

Muncy said about $4.5 million of taxpayer money is spent on litter control in Kentucky. “Imagine what else that money could be used for.”