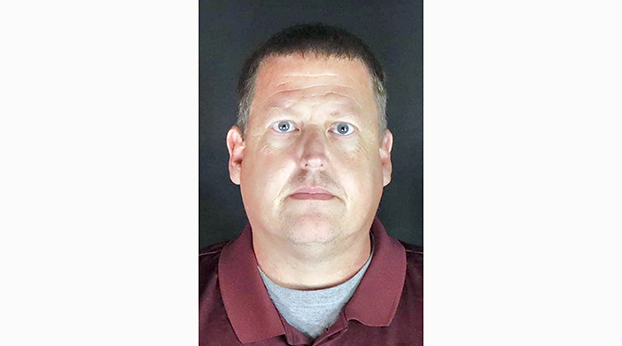 A Mercer County college and high school soccer coach was killed in a vehicle accident Tuesday afternoon in Boyle County.

Garrett N. Stark, 39, of Harrodsburg, was alone when he was driving a blue SUV heading south on U.S. 127 near Melrose Avenue around 1 p.m. Tuesday when he rear ended a garbage truck, according to the Boyle County Sheriff’s Office.

Witnesses and evidence at the scene showed that a garbage truck was stopped to pick up garbage from a residence and a second garbage truck was parked behind it, shielding traffic from the right-hand lane. According to the sheriff’s office.

Stark’s SUV struck the rear of the second garbage truck at a high rate of speed.

Stark was taken to Ephraim McDowell Regional Medical Center where he was pronounced dead. Neither drugs nor alcohol are believed to be a factor in the wreck.

Stark has been the head coach of Mercer County High School boys’ soccer team since 2013 and was awarded the Kentucky High School Coach of the Year in 2016. He was also a 20-year veteran of club and indoor soccer.

Stark was also an assistant soccer coach at Campbellsville University in Harrodsburg for the men’s and women’s teams.

“The Campbellsville University family, especially the Harrodsburg Pioneers, was devastated to hear of the tragic death of Coach Stark. His commitment to young athletes was paramount and leaves a lasting mark on all who knew him. Our faculty, staff and, students mourn the passing of our dedicated university colleague. We lift up his family and friends with condolences and prayers,” Dr. H. Keith Spears, interim president of  Campbellsville University, said.

Dave Walters, associate vice president for regional administration and director of the Conover Education Center in Harrodsburg, remembered Stark for his inspiring leadership and commitment to students.

“The CU Harrodsburg Pioneers will always remember Garrett Stark as an accomplished coach and mentor, both on and off the field. We extend our condolences to and will continue praying for his family and friends, as well as everyone at the Conover Education Center who had the opportunity to know him,” Walters said.

Dalton Christopher, director of athletics for CU Harrodsburg, said Stark was instrumental in establishing the men’s and women’s soccer programs there, including the recruitment of many athletes he coached at the club and high school levels.

He said Stark would often attend other team’s events — most recently, an E-sports match — to  support athletes and fellow coaches. Tuesday afternoon, Mercer County Schools sent an email to students and parents notifying them of Stark’s death.

It stated, “Our thoughts and well wishes go out to Coach Stark’s family and friends.”

It also stated that the school’s crisis intervention team would be available in the upcoming days to help students and staff who may need assistance in grieving the loss.