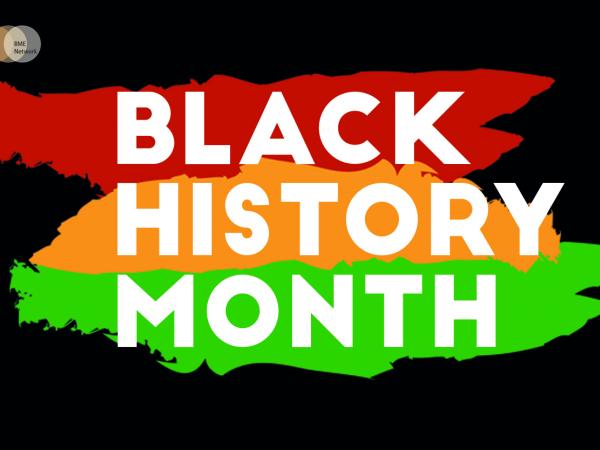 Emma (Routt) Shannon giggled when she said, “I’m old enough to know better and young enough not to resist.” 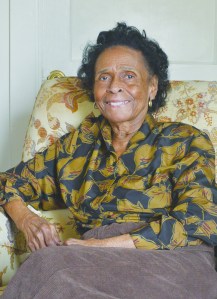 Her eyes twinkled when she said she was born in Danville in 1936 which makes her 84 years old. And she’s witnessed how desegregation slowly evolved over the years in her church, the schools and in her hometown.

When she was a child living in a home on Duncan Hill with her parents, Paul and Alice Routt and her brother and three sisters, she said she didn’t think it was difficult growing up in a segregated town. “It was something we’d been used to. We were born into it and we didn’t expect anymore.”

Over the years though, “There were other people that said, ‘Well this is enough of this and everybody is going to be together. … You can eat right here if you want to, and white people if you don’t want to, you don’t have to.’”

“It’s different now than it was back then, but the thing about it is, people kind of took their time and accepted it (desegregation.) And of course, there’s probably some living and they ain’t accepted it today. But that’s how it is. That’s life. You can’t make all of them happy, but you hold yourself right and do what’s right.”

While sitting in her cozy living room at her home on Second Street, Emma said when she was young, “We all had our own churches and things like that.” But some places, like the movie theater, Blacks and Whites were separated. “White people went downstairs and the Black people was upstairs in the balcony at the Kentucky Theatre. The other one over on the corner of Main and Second streets, that was White. Black folks didn’t go there.”

However, she doesn’t recall being banned from stores, “If you had the money.” She said people knew what they could afford and shopped at the Louisville Store, the 10-cent store and Walgreen’s drug store. “You could go there and get your medicine.”

Blacks owned and operated restaurants, a grocery store, a pool hall, barber shops and even a gas station and auto repair shop.

“It was busy. They had a lot for a long time. … And then changes and they wound up having to leave.” Urban renewal was the cause.

Emma recalled that much like today, Hilldale Cemetery was a city-owned African American cemetery. Smith Jackson Funeral Home handled most all of the burials. “Most of the time when somebody Black died, we all knew it.”

She said the city hired a Black man and moved his family to a house near the cemetery so that he could take care of it and dig the graves. “This man was too old really to do that kind of work. I was surprised at that.”

She recalled that when there was a funeral and the undertaker brought the casket to be buried, “We all helped him. … We said, ‘Well Mr. Jay’s got a burial,’ and we would all head to the cemetery.”

After school and during summer she and the other teenagers who lived on Duncan Hill helped him dig the graves. The older men who lived on the street also helped. “When somebody died and there was a burial … we would just go.”

Emma also waited tables and washed dishes at the Town House Restaurant on Main Street as a teen. But she really enjoyed working most for Mary Adams at the Old Crowe Inn on Stanford Avenue. It was just across the street from where she attended Bate School — from first through 12th grades.

She continued working for “Miss Mary” after graduation and even some years after she started her family with her husband James.

“If Miss Mary had a wedding or party, she’d call us” to work in the kitchen and wait on tables. “It was a way we had of making a little money. Of course you didn’t make a lot.”

She said when Miss Mary catered parties for the local clubs like for Kiwanis, Black men were also hired to help out to set up tables and serve the guests.

When she and the other Black girls, including her sister, were called to work at the parties, “She (Mary Adams) always had something cooking in the oven for us.”

“We loved her better than cats love mice.”

Emma graduated from the all Black Bate High School. Having their own school, “Was just something we was raised with.”

One of her most cherished memories at Bate was when she was a baton twirling majorette. One year she was also on the Homecoming Court. Her sister was crowned Homecoming Queen.

After the marching band was created, Emma said they always performed for special occasions at the school and in parades during football season.

Eventually, the Bate marching band got uniforms — purple and gold, Emma recalled. “I was a majorette. A lot of people didn’t really know about the band.” And the first time they marched down Main Street, “They couldn’t hardly believe it. Here come these Black kids and we had all the stuff. And we was just steppin’ and walkin’ and twirlin’! Yes we did.”

“I’ve gone there all my life. … It was just different back then.” But she added, There weren’t many Black families attending Sst. Peter and Paul when she was growing up, but she added, “We’ve always been there.”

She said when she was a little girl, Black families were made to sit in chairs “squeezed” in to a little space near the stairs leading to the balcony. She said the Black families could attend Catholic classes and catechisms, but they were segregated. They could also attend confession, “But where you sat was the difference made.”

Eventually the Blacks could sit “in the next row up. … Finally, they moved and fixed it so that Black people could set around in the front like everybody else.”

Emma said, “Somewhere along the line … I don’t know who was on the committee, they made up their mind that wasn’t right and the Black people should be able to come and come through the front door and if you wanted to sit up front, you could.”

She said, “Changes come slow. And when they started to looking at it, and they felt like this is not quite right, Black people could come and sit anywhere that anyone else” was sitting.

As the changes slowly were adapted at her church, Emma remembered, one particular Sunday when she, her family and other Blacks were at Mass.

But instead of sitting in their regular seats, eight or nine of her teenage Black friends and family members quietly went up the stairs to the balcony where “Mrs. Joe Clark” played the organ and the choir sang.

“When Mrs. Joe Clark started playing the organ and we started singing, everybody in that church turned around! … When they turned around and looked up and there was all these Black kids.”

“They were shocked! Oh lord they hadn’t had that,” Emma said laughing. “Not Black kids. Their mouths could hardly close.”

So much has changed over the years, she said.

Soon Black men were ushers and Black boys could be altar boys.

“Everything is fine. That was so many years ago.” She added, “Those things came. They came slow, but they came for sure.”

Emma loves her church and seems to accept how segregation was so prevalent in the past.

“It was a very different, trying time. But it’s something that the Master sent for a reason. I’m a firm believer of it.”

Emma said she’s always been a faithful follower at her church. And despite segregation, she was eventually invited to and served on several committees for many years, including the committee that oversaw the construction of the Catholic Center.

Emma said when desegregation began seeping into normal life for Danville and Boyle County residents, “With something like that, for a while it’s going to have some kind of little effect on you, but not a lot. Because, you decide within your self, am I going to stand my ground because this is my duty. So if I go in here and sit down and a white person is sitting here and they don’t want me here, well they can get up and move.”

She said, “The thing about it is, people kind of took their time and accepted it. And of course there’s probably some living and they ain’t accepted it today, but that’s how it is. That’s life. You can’t make them all happy, but you hold yourself right.”

Sitting on her coffee table is the book titled “A Promised Land” by President Barack Obama. “I though he was fine. He’s a very smart man. And not just him.”

“Everything is open now. And so the only reason that they don’t do something now is because they don’t want to. There’s opportunity now in the world. It’s loaded.”

Ice freezes Boyle County; 5,000 without power at one…