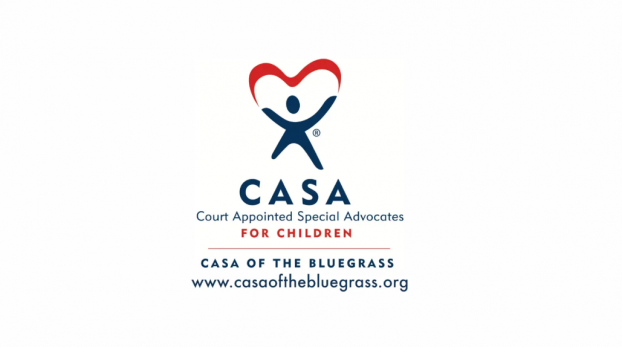 CASA, or court appointed special advocates, don’t work for the state or the judicial system — they are individual community members. When a child has been abused or neglected and their case comes before a court, the judge can assign a CASA to the case.

The CASA volunteer gets to know the child, collects information about the case by speaking to perpetrators, parents, foster parents, teachers, therapists and anyone else who has had interactions with the child. They assess the child’s situation and help the court make more informed decisions, Weddle said.

During the pandemic, CASA services haven’t stopped — they’ve continued at a greater rate. Weddle said this is mostly caused by the fact social workers are unable to do everyday check-ins, though they’re still permitted to do check-ins in emergency situations.

So CASA volunteers have stepped up their visits, which has increased courts’ reliance on CASA because there are fewer sets of eyes on the children due to state workers and therapists shifting largely to virtual services.

CASA volunteers have been working harder to make sure they visit and check in, even if it’s just a sidewalk or porch visit, and they adhere to social distancing and Centers for Disease Control and Prevention guidelines, Weddle said.

“But they still made it a point to make sure that the children’s safety and welfare was being looked after,” she said. “They worked extra hard to make sure their educational needs were being met. Every family has had frustrations with virtual learning, and that sometimes is a greater barrier for the children that are in foster care. We have foster parents that are trying to tackle those types of things.”

With more school districts returning to school in person, Weddle said she thinks “that is going to be such a relief for guidance counselors to have eyes on the kids that are coming into the school buildings and just making sure that everything is OK.”

“I’m going to suspect that reports are probably going to increase as children become more visible in the community again,” Weddle said.

Weddle provided statistics for total numbers of dependency, neglect and abuse cases filed within the court systems for 2014 through 2020 for Boyle County. She said the numbers are provided by the Administrative Offices of the Court, and they don’t cover the number of abuse reports made — just the cases that were substantiated and went to the Family Court System.

Weddle said she wanted people to be reminded that Kentucky is a mandatory reporting state when it comes to child abuse and neglect.

“To me, I think that speaks volumes to the drug epidemic in our communities because, I would say a good majority of all of the cases that I see in family court are a direct result of drug abuse and neglect and abuse cases,” she said.

It’s not enough to talk about the problem of child abuse, Weddle said — action must be taken on a community level. She said for CASA, “Our main mission and goal is to make sure that the children that we serve achieve safety and permanency, so our main mission is providing services to children who are already child abuse and neglect victims.”

As for CASA of the Bluegrass’ volunteer Court Appointed Special Advocates, Weddle said the organization is in great need of volunteers, now more than ever.

“I just highly encourage anyone and everyone to consider doing this type of volunteer work,” she said. “It’s very rewarding.”

Members of the community can become volunteer advocates as long as they are at least 21 years old, have a valid driver’s license and pass a background check and screening process. They don’t require specific education, but volunteers must go through training, which Weddle said lasts about five to six weeks, maybe shorter. Training this year begins March 2 at 6 p.m., according to a press release. Due to the pandemic there aren’t in-person group classes — instead, materials are online, with videos and modules to be completed as well as virtual or in-person meets with staff members on a weekly basis until training is completed.

For more information and to register for training, contact Tami Wilson at CASA of the Bluegrass at 859-936-3510 or tami@casaofthebluegrass.org.