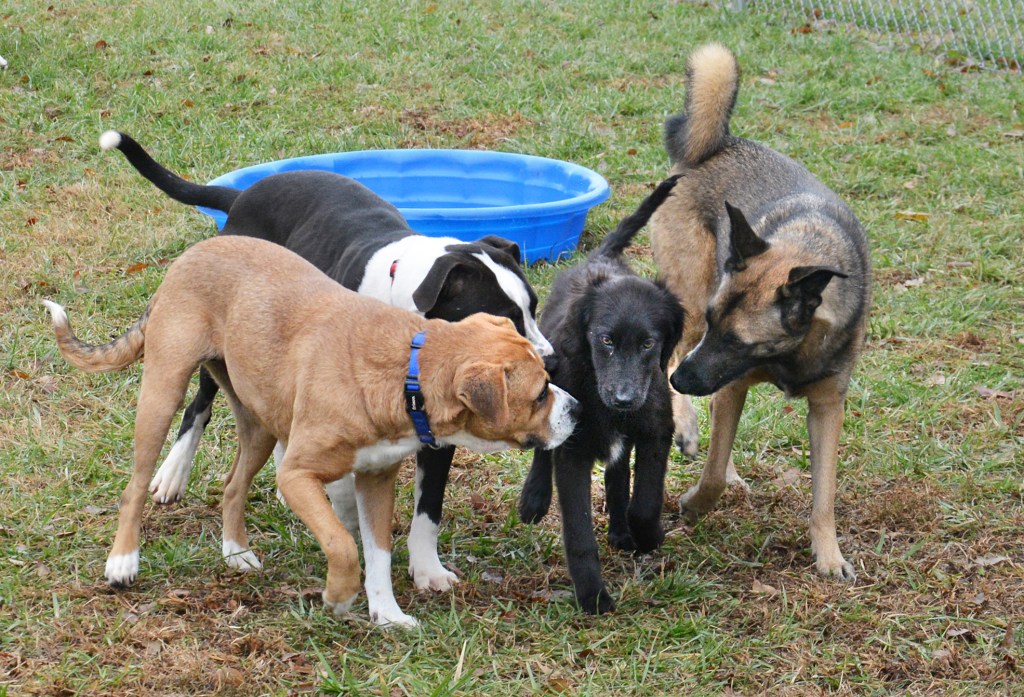 When a commercial dog kennel is built on land in the county but it’s located right next door to a private residence and adjoins a neighborhood in the city limits, problems arise.

During the past several meetings of the Boyle County Fiscal Court, Magistrate John Caywood has brought to the court’s attention numerous complaints he’s received from neighbors in the city’s Argyll subdivision about barking dogs at Parker’s Place Kennel.

The next-door-neighbors of the kennel say they have also met with their magistrate, Jason Cullen, about the noise and other issues concerning the kennel.

But what compounds the problem is that the kennel isn’t located within the city limits so the city code enforcement officer can’t give the kennel a noise violation citation.

Now the fiscal court is trying to figure out how to address the nuisance problem — either by adopting a county noise ordinance targeted to barking dogs, or incorporating a county business license, which could regulate noise restrictions not only for kennels but for all businesses located in the county.

At the Feb. 9 fiscal court meeting, County Attorney Chris Herron provided the magistrates with information concerning the feasibility of issuing a citation for noise in the county that disturbs city residents. He read the city noise ordinance which he described as being “very detailed and talks about all kinds of types of noises that are prohibitive. … We can do it in the county, it just depends on how in depth we want to go.”

The problem with the ordinance was going to be how to prove the violation and who would enforce it, said Cullen. He understood that the city was going to either do away with its noise ordinance or “clean it up,” because “it can’t be enforced.”

He said, “Let’s go after the actual problems. If kennels are the problem, let’s go with that and regulate the kennels.” He said people move to the county “for certain freedoms” and even in his neighborhood in the county, dogs are barking all the time. “Look into the kennel issue and move on from the noise ordinance thing.”

Cullen said, “Business licenses will solve not only a problem of kennels causing issues, but it will solve any business (problem) out there.”

For example, a business license could regulate a vehicle repair shop out in the county and prevent the owner from working on engines at 3 a.m. which could disturb nearby neighbors, he said.

Caywood said having a noise ordinance in place “becomes a vehicle” so that residents can complain about a problem “and the decision is made in the courts. There’s got to be somewhere a citizen can go to complain like the city’s code enforcement person.”

He added that he knows what happens out in the county can also affect the people living in the city. “That’s the difficult part. .. There’s got to be a way to find the solution.”

Caywood said, “I’ve heard the barking. … I understand better now of the noise that these people are hearing. … I wouldn’t want that either. I wouldn’t want to listen to it all day, off my deck and the back of my house. And what does it do to the value of your property that you’ve invested hundreds of thousands of dollars in?”

Sue Pease lives in Argyll on Stirling Drive and her backyard is adjacent to the kennel. She, along with James and Danielle Hinkle, who live next door to the kennel — in the county — lobbied against it being built at that location in 2020.

However, Planning & Zoning Commission and Boyle Circuit Court dismissed all of their objections, and now they are forced to hear dogs barking all day, every day, they said.

In a letter Pease sent to Boyle County Judge-Executive Howard Hunt on Sept. 16, she stated that the constant dog barking she heard at her home from the kennel violated the city’s noise ordinance. “Ten or more dogs outside bark continuously for more than 10 minutes and intermittently for one-half hour or more on dog kennel property seven days a week until closing time. Barking is both outside and from inside the kennel. … The noise also carries into my house.”

Later in October, Pease sent another letter to Hunt requesting fiscal court adopt a county noise ordinance, “which would prohibit animal noise, specifically incessant dog barking.” The letter stated, “Excessive loud barking from the commercial kennel … flows across my city property and my neighbors’. Though I live in the city, Code Enforcement will not enforce a violation of a city ordinance on property located in the county.”

Pease stated in the letter that the kennel was allowed to be constructed less than 100 feet from a private residence, adjacent to a subdivision and a church (First Baptist Church). She also stated that dogs are left outside in one of three pens which run along the building. “During the week they bark from 7:30/8 a.m. until closing at 6:30 p.m. I no longer can enjoy being in my yard or opening windows on a nice day. The noise comes into my house even with the windows closed. My neighbors experience the same.”

In an interview Pease said, “The solution is to have an enforceable ordinance that would prohibit continuous and excessive dog barking from all kennels in the county. The violator would  be prosecuted and fined through the court.”

“My neighborhood was always quiet and peaceful and now the kennel has changed that.”

In an email sent to Cullen dated Feb. 2, 2021, Danielle Hinkle said it had been two months since they first met with him about their issues with the kennel. She wrote that after hearing Cullen’s statements about how people want to live in the county because of fewer restrictions, and that “we should basically be okay with dogs barking (as well as cows, etc.), or move to the city where there are more restrictions she wanted to contact him again. “It is my understanding that several people that live in the city have complained to their magistrate about the dog kennel. Living in the city limits does not solve their problems with the dog kennel either.”

In the email, Hinkle explained having multiple dogs barking in confined spaces is “problematic.”

She wrote that they bought their home 2013 which was surrounded by farmland yet was close to town. However, had they known a dog kennel would be allowed to be built so close to their property, “I can guarantee you that we would not have purchased it.” She stated that the kennel is about 80 feet from their back door.

Hinkle added that she works from home and has had problems hearing colleagues during online meetings because of the barking from the kennel. “I often pray for rain or snow so that I can get some peace from all the barking.”

She said that members of her family have also been awakened at night by dogs barking from inside the kennel.

“Traffic has increased and several wrecks have almost occurred because of the kennel. Customers of the kennel have pulled into my driveway and refused to move because they thought our house was the kennel.”

She wrote, “Your home is supposed to be a safe haven, not a torture chamber.”