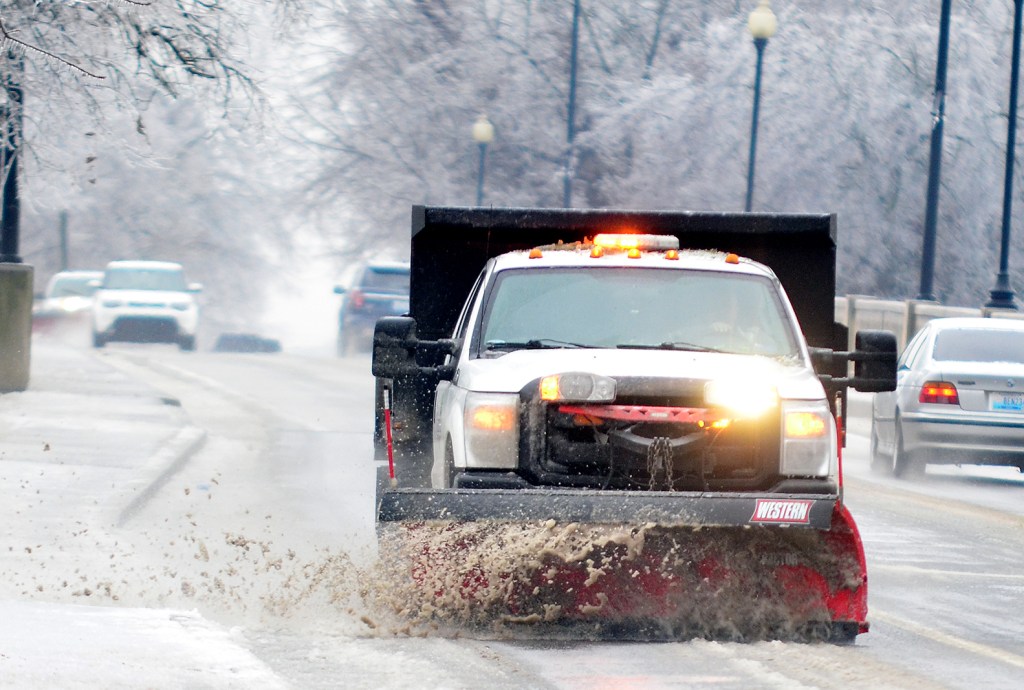 Slush and ice are scraped from the road last week in Danville. - Photo by Jeff Moreland

The city and county are “in conservation mode” with their salt supplies for treating area roads.

City Engineer Josh Morgan said Tuesday morning he has about 150 tons of salt on hand which will be enough to make one round on city roads today and another round later this week if a second winter storm hits the area as predicted. 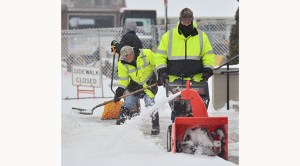 To help conserve the salt supply, he said city workers are mostly scraping and plowing roads and throwing salt only where it’s really needed like on hills. He added that salt doesn’t do much good to clear streets when the temperatures are this low and there’s not much traffic on them.

Morgan said he’s ordered 200 tons of salt and hopes it can be delivered before the next storm hits. The city has had six trucks clearing streets since 11 p.m. on Sunday.

Boyle County Public Works Director Duane Campbell said Tuesday morning that they have seven trucks out plowing and salting the county roads. There’s just enough salt on hand to make one round today and he’s saving the rest to make one round Thursday or Friday.

His department has had salt ordered for about two weeks and was scheduled to receive a delivery today, “But that’s not going to happen,” because of slick road conditions.

Campbell said Boyle receives its salt from a supplier in Lexington and they reported that the main roads were still too dangerous to make the delivery today. “Maybe tomorrow,” he added. 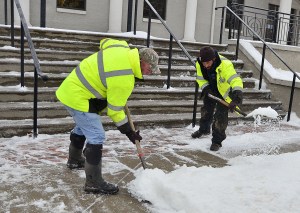 Campbell said this winter there’s been “one system after another” which has depleted his salt supply. “Actually the state’s stock pile is a little low.”

When talking to his salt supplier Tuesday morning, Campbell said he found out that the supplier didn’t have a stock pile either and was getting salt right off the rail cars that had been shipped from Detroit, Michigan.

Campbell said, “The main roads are beginning to improve some,” but overall they “were bad.” 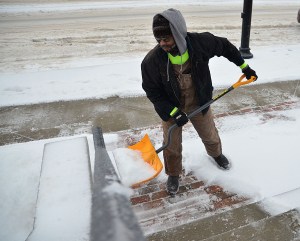