Round 3: Kentucky preparing for another blast of winter weather 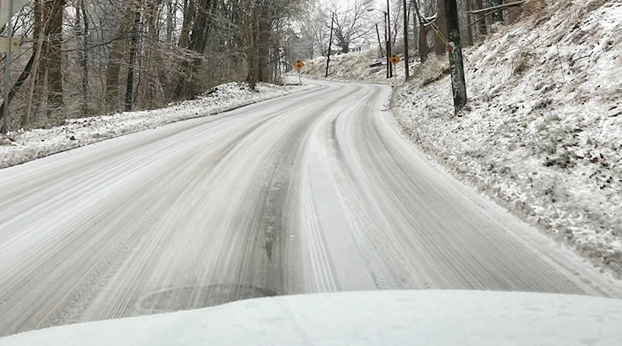 Winter storm warnings and winter weather advisories are in effect for all of Kentucky as the third winter storm in eight days is forecast to affect the state Wednesday night into Friday.

During a Wednesday weather briefing, Gov. Andy Beshear said, “We have a forecast for this weekend with temperatures climbing above freezing. That is good news, but we’re not there yet. There is still snow, sleet and freezing rain in the forecast.”

He reported that as of Wednesday morning, there were about 96,000 customers without electric power in Kentucky. That is down from 154,000 at the peak of the second storm.

He says there are around 30 guard members currently deployed, but it is going to ramp up. “We’re going to go to 24-hour operations, especially in Boyd County.”

Beshear said while natural gas pipeline issues in Texas are affecting power generation in some cities, “our bigger concern is the infrastructure, especially in eastern Kentucky and the hit they’ve taken, and the amount of time it’s going to take to get it back online. We have a number of substations that are down, with some of them having to be run by generators. We believe we are going to make substantial headway through the end of this week, but in some areas, it may take longer.”

Kentucky Emergency Management Director Michael Dossett said the state’s Emergency Operations Center remains at an enhanced staffing level in support of power restoration efforts. “Currently, there are 44 counties and 24 cities that have declared states of emergency, due to this continuing storm event. No matter how well-prepared for significant events, power outages and transmission issues are a product of ice storms and caused significant damage to infrastructure.”

Transportation Secretary Jim Gray said his snowplow crews continue their work “from Pikeville to Paducah, from Harlan to Hickman, and Campbell County to Clinton County, and all parts in between. More than 2,000 employee team members, and more contractors.”

All of Kentucky is under either a winter storm warning or winter weather advisory into Friday. The area of biggest concern is south and east of a line from Todd County, through Lexington and on to Greenup County.

The National Weather Service says new snow accumulation will range from one inch in the west, to up to six inches in the east, with sleet and freezing rain also possible.

A warming trend is forecast to begin this weekend, with highs reaching the upper 40s to around 50, by next Tuesday.