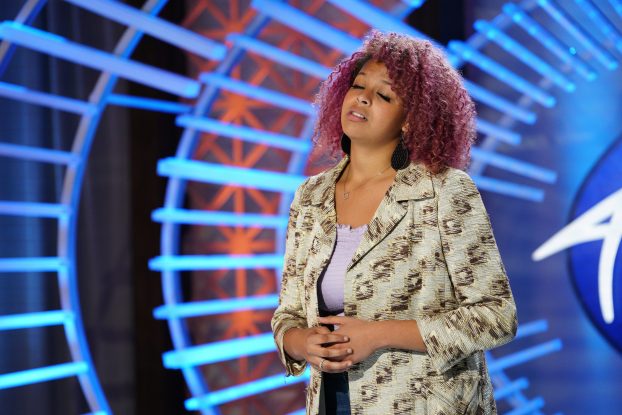 Alyssa Wray’s first time on an airplane was to Ojai, California, for her American Idol audition in November. Now, she’s a contestant this season on American Idol on ABC.

She had a Zoom audition beforehand and was invited to Ojai to audition in front of the judges. She was there for about five days, got to rehearse with her pianist before her audition, and on her last day there, she performed for the judges. She said in the days leading up to her audition, she was very nervous, and her mom, who was there with her, helped calm her down. She was dealing with a lot of emotions because “That could potentially change my life — the audition.”

“Then when I walked into the room, I kind of lost all the nerves for some reason, and it was kind of weird,” she said. “I thought I was going to be nervous about my audition, but I wasn’t. I just felt right at home. I just felt super comfortable, like that was what I was meant to be doing.”

Wray said her mom, Tabitha Blackwell, likes to tell people she remembers bringing Wray home from the hospital after she was born and watching the first season of American Idol. Wray is currently a freshman at Northern Kentucky University studying musical theater. 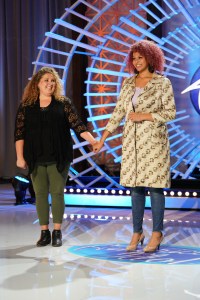 Wray is pictured with her mother, Tabitha Blackwell. – ABC/Christopher Willard

As for Wray’s most poignant memories of watching the show as a kid, her “nana” picked her up from church on Wednesdays when she was about 9 or 10 — American Idol audition episodes used to air on Wednesdays and Thursdays — and would get her Wendy’s. Wray would get in bed with her mom, who was about to go to sleep, and watch American Idol in bed.

She’d watch the episodes and the next day, she’d sing the songs herself and choreograph movements to go along with the songs, putting on a performance. Already, she said she knew  American Idol was something she was “supposed to do.” Wray one day hopes to be on Broadway.

Wray grew up in Perryville and has been involved with local theater.

“Thanks to my family and my community, I worked up to this place where I could do something as big as American Idol and audition, and that comes from my town,” she said. “I get a lot of that support from my town, and I’m really thankful for that.”

She said when it comes to local responses to her being a contestant on American Idol, she gets messages every day, from both people she knows and doesn’t know.

“I’ve gotten a few messages from people telling me that they feel seen because of what I’m doing, which is super cool … That’s really special to me, to be representation for them,” she said.

Wray is one of three Kentuckians who are contestants on American Idol this season. One is from Mount Vernon, and the other is from Lancaster. Wray said she has already befriended one of them, since she met her on the day of her audition.

Wray’s audition hasn’t yet aired on the show, but she said she thinks her family and friends have some things planned for her after it does.

She said she has celebrated in some ways with her family at home already.

Later, she said, “So I think just celebrating the show has been kind of a celebration for me, since I grew up watching the show, so it’s just been a big thing for my family.”

American Idol can be seen on ABC TV Sunday and Monday nights at 8 p.m., as well as online at ABC.com the day after the episodes air.