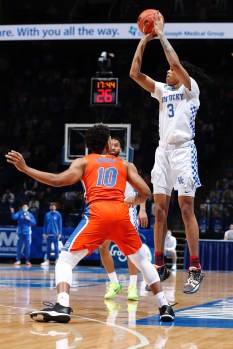 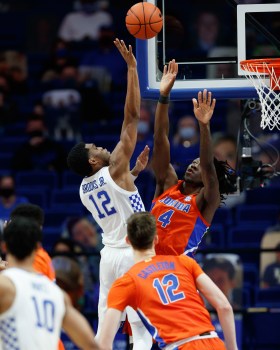 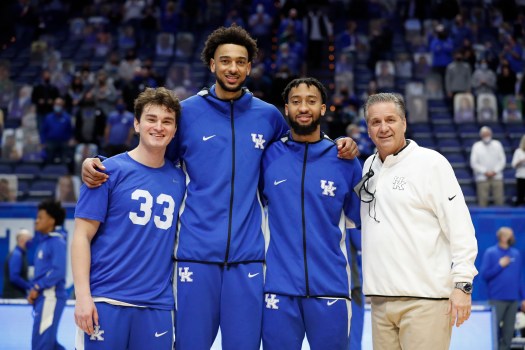 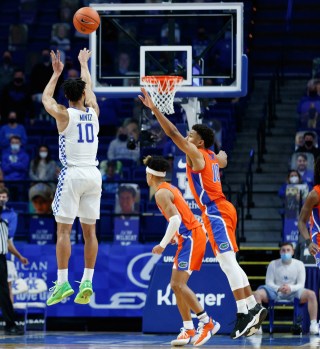 Kentucky coach John Calipari could have easily blamed his team’s 71-67 loss to Florida on an unexpected bye week, but said his team’s performance had everything to do with the Gators instead of the seven-day layoff.

“It was their zone, their 3-2 zone press that took us out of sync,” Calipari said. “It wasn’t taking a couple of days off. I don’t believe that … they went zone, we got confused.”

Riding high on the heels of a three-game winning streak, last Tuesday’s contest against Texas A&M was postponed. The Kentucky coach opted against adding a late replacement game last Thursday going into the final week of the regular season.

The Gators (13-6, 9-5 Southeastern Conference), avenged a 76-58 loss to the Wildcats on Jan. 9 in Gainesville. Kentucky (8-14, 7-8) finds itself scrambling to make the NCAA Tournament and likely will have to win the league tournament to receive an automatic bid to the Big Dance.

“This team fought to get themselves in a good position, that something good could happen for us,” Calipari said. “We had a couple of guys not show up. We weren’t the same team today.”

Kentucky led 63-62 following a Jacob Toppin slam dunk with 3:57 remaining, but Florida scored five straight and Gators guard Tre Mann delivered what Calipari called a “dagger” with a fade-away desperation bucket on one possession, giving the guests a 67-63 lead with 1:38 remaining.

The Gators made four free throws in the closing 23 seconds, including two by Mann, while Kentucky failed to connect on a much-needed field goal down the stretch, leaving the Wildcats looking for answers late in the season.

Kentucky led by 10 in the first half, but the Gators switched to a zone, which rattled the Wildcats, who finished with 15 turnovers. Calipari said his team failed to execute on offense against the 3-2 press and 2-3 zone. It disappointed the Kentucky coach, who didn’t have an answer as to why his squad reverted to past habits.

“When they spread the court, we should be playing faster,” Calipari said. “Guys got tentative. … historically, when a team plays zone, I like it, because you have to pass the ball, (because) they’re in a zone. We didn’t pass it again. Whoever caught it, held it.”

Toppin said Florida’s zone made it difficult to “get into the middle of the paint.”

“We couldn’t figure out how to penetrate the defense,” he said. “That’s what affected us (on offense).”

The Wildcats also struggled to score only 28 points in the second half after leading the Gators 39-38 at the half. Calipari even tried to jumpstart Kentucky’s offense by inserting Dontaie Allen into the lineup, but said his squad “didn’t even look at him.”

‘I don’t know what it was, but we were not connected today,” he said. “We’ve got work to do. It was disappointing and I was hoping we could get this one, I thought we were getting it when we were up one, and as bad as we were playing, and still get it. … What in the world just happened?”

Seniors honored
Prior to the loss, the Wildcats honored seniors Davion Mintz, Olivier Sarr, and Riley Welch. A walk-on, Welch made his first career start and played for nearly three minutes before going to the bench to cheer on the rest of his teammates for the remainder of the game.

Kentucky will play a makeup game at home against South Carolina on March 6. The Wildcats play at Mississippi on Tuesday night.