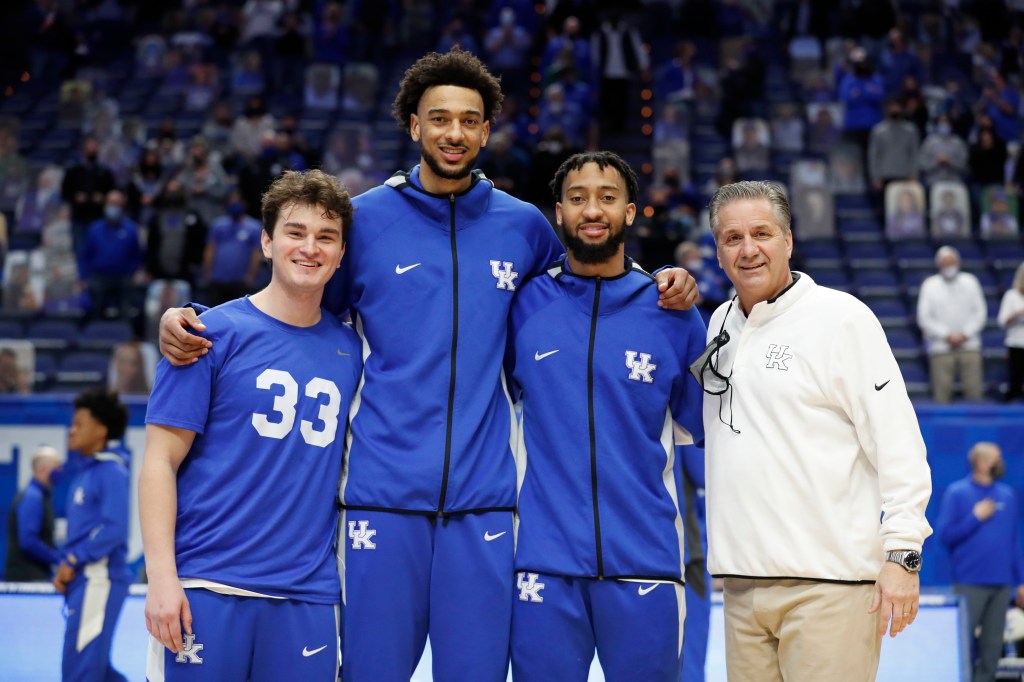 I never had a chance to hear Albert B. “Happy” Chandler perform “My Old Kentucky Home” in person on “Senior Day” at the University of Kentucky, but did listen to nationally televised broadcasts while growing up in rural Madison County.

They were always both a treat and bittersweet.

Watching players such as Melvin Turpin, Sam Bowie, and Kenny Walker take their final stand at Rupp Arena nearly always brought a tear to my eyes, not to mention some goosebumps. Knowing they would never play another college game after watching those past greats for four years was similar to watching one of your friends move off to another county, state or country.

We all watched them grow from freshmen to seniors and many of them went on to enjoy a successful career either in the NBA or the private sector. Watching Chandler put the finishing touches on their careers was something special as the late Kentucky governor, Major League Baseball Commissioner and elder statesman sang the state song with humbleness and sincerity. He had that special touch needed to deliver the perfect Senior Day ceremony.

Even late Marquette coach and NBC sports commentator Al McGuire called it one of the greatest moments in college basketball when he had the opportunity to call Kentucky’s last home game of the year. I can still see the players and their parents swaying back and forth as Chandler sang our state song in front of a sellout crowd prior to the national anthem and tipoff.

Those moments are still special and it was just four years ago that former Madison Central graduate Dominique Hawkins and classmate Derek Willis concluded their four-year careers at Kentucky. I also can remember following Darius Miller’s four-year collegiate career with the Wildcats after a stellar career at Mason County High School.

The ongoing pandemic we have been wavering through during the past year has presented its challenges and, as fate would have it, this year’s senior sendoff at Rupp Arena last Saturday featured a unique twist. Because of a postponed game against South Carolina earlier this year, the game was rescheduled last week and will be played at noon Saturday, giving the Wildcats one last home game before competing in the Southeastern Conference Tournament.

This Wildcats honored graduate transfer Davion Mintz, senior Olivier Sarr, and walk-on Riley Welch prior to a 71-67 loss to Florida. As usual, all three players broke through the hoop and were greeted by Kentucky coach John Calipari. Marlena Vanhoose knocked it out of the park in her rendition of “My Old Kentucky Home.”

Even though ‘By and By hard times came knocking at the door’ in the form of a global health crisis and a rare losing season, Senior Day was still special. The moment was especially special for Welch who made his first collegiate start, a moment he will never forget.

Moments like those keep the spirit of Senior Day alive at Kentucky.