Protect journalists and activists from vindictive lawsuits; then there are also public records 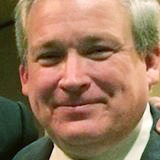 It’s one thing for government agencies to deny open records requests from the press or public.

It’s quite another for those entities to file lawsuits in retaliation against the requesters.

Yet such legal retribution is happening nationwide with increasing frequency, including in Kentucky, where seriously misguided efforts by the City of Taylorsville to silence frequent local-government critic Lawrence Trageser by suing him resulted in a big legal loss for the community with taxpayers taking a financial hit.

Trageser was sued for seeking to obtain documents related to a 2016 ethics complaint involving the city and some of its commissioners.

He prevailed with the Kentucky Attorney General, Spencer Circuit Court and state Court of Appeals ruling in his favor.

The case dragged on for 1,238 days – the equivalent of 3.4 years – before finally being resolved.

Bipartisan legislation filed in the Kentucky General Assembly would force such cases to be decided within 60 days.

Had such a law already been in effect in Kentucky, it would have saved Taylorsville taxpayers tens of thousands of dollars.

Instead, the case ended up costing the city $54,000 in attorneys’ fees and penalties, largely because of the length of the dispute.

But what such legal tactics cost taxpayers in currency is dwarfed by the chilling effect they have on those seeking to hold government accountable using tools like open meetings and records policies.

Such Strategic Lawsuits Against Public Participation (SLAPP) – as they’re labeled – have resulted in 32 states and Washington, D.C., passing laws to discourage such legal maneuvers largely because of their dangerous intended effect of intimidating and silencing reporters and citizen-activists seeking information from public agencies.

Considering the uptick in SLAPP suits, it may well be time for the Commonwealth to implement the kind of policy found in House Bill 132, co-sponsored by Louisville Reps. Nina Kulkarni, a Democrat, and Republican Jason Nemes, which would discourage such legal actions by preventing tactics to delay resolving or dismissing these lawsuits and thus contribute to the ongoing intimidation of requesters.

While the legislation doesn’t guarantee that state agencies will always follow the open records and meetings laws, it would protect journalists and citizens from punitive SLAPP-type retribution by those who hold political power simply for exercising constitutional rights.

The Spencer Circuit Court and Kentucky Court of Appeals in their rulings chastised the City of Taylorsville for its baseless claims, declaring that while government can sometimes use the Open Records Act “as a shield; it cannot use it as a sword.”

While there may occasionally be legitimate reasons for delaying or denying open records requests, it’s always unacceptable for government to wage retribution on the requester – a point driven home by Kulkarni’s bill.

Amye Bensenhaver, a retired assistant attorney general and co-founder of the Kentucky Open Government Coalition, has been vocal in her support of the legislation, noting that meaningful protections are needed for individual citizens lacking the kind of resources required to fund long-term court cases.

“Citizens really don’t have someone to represent their interests; the media does,” she said. “By and large, if a newspaper gets sued or their reporters get sued – and this is happening with increasing frequency – someone’s going to be representing them. But private citizens often don’t have those kinds of resources.”

The fact that such a bill is even necessary indicates that continued vigilance is needed to protect policies like open records and meetings laws and the citizens and journalists who use them to hold – and keep – governments at all levels accountable to those constituents they exist to serve.