When children have been at school in person in the Boyle County Schools district, bathrooms have needed to be sanitized every hour. Every doorknob in the buildings requires sanitization, along with walls, touch pads and any surface that could be touched.

Even when children aren’t in the buildings, custodial duties haven’t stopped, no matter the size of the school, said head custodians at two different schools.

Dennis Williams
Dennis Williams has been a custodian at Boyle County Middle School for about four years. He became head custodian after the previous head custodian died in June, he said. Williams cleans and sanitizes the building along with two other custodians: his wife, Regina Williams, and Jim Garrison. Together, they sweep rooms, vacuum carpets, clean glass, clean all bathrooms, take out trash, and, in the summer when school isn’t in session, they pull furniture out of rooms, strip and wax tile floors and perform small maintenance tasks.

During the COVID-19 pandemic, when kids have been at school for in-person learning, Williams and the other two custodians have needed to sanitize each of the building’s approximately 20 bathrooms every hour.

“It makes it a lot tougher than it normally would have been,” Williams said.

During virtual learning, some teachers have still been working virtually from the buildings in the district, so those rooms need attention, as well as faculty bathrooms and the front office space.

Under normal circumstances there would be one custodian doing the day shift and two doing a night shift, but during the pandemic they have needed to split shifts more, especially because if custodians are sanitizing bathrooms every hour, if there were only one custodian on that shift, they would essentially finish sanitizing all the bathrooms and have to do it all over again once the hour was finished, which Williams said isn’t feasible.

“There are still other duties to be done during the day — they’re not going to stop either,” he said.

On Jan. 26, BCS staff received 270 doses of the Moderna COVID-19 vaccine from the Boyle County Health Department, so Williams received his first dose then. He said he is 56 and has diabetes, heart disease and chronic kidney disease, so he has some high-risk qualities. He said interestingly, the school district has offered for him to do virtual work until he gets both vaccine doses since he’s high-risk, and he said he appreciated the district’s concern.

“They really were worried more about me taking care of myself,” he said.

The vaccines for staff were administered in the BCMS gym, so the custodians there set things up. They pulled down a large curtain that splits the gym in half, put a protective covering on the gym floor and spaced chairs out. With a fogger sanitizer machine, they sanitized bleachers and other areas. Maintenance staff and other staff helped a lot too, Williams said.

Williams said with the other custodial staff, he’s told them their safety comes first, and sanitization should be the priority, even over cleaning. They also keep each other’s spirits up, and he said they have a family atmosphere and are “buddies.”

“And I think you have to be,” he said. “Especially the pandemic has actually — if there’s good things that have come out of it, it seems crazy — you have to be distanced, but you’re actually closer because everybody’s kind of slowed down.”

Corey Kitchen
Corey Kitchen is head custodian at Perryville Elementary School. He’s been working there about four and a half years, and there is one more custodian who works there with him, Michelle Claunch, who he described as an asset to the school, a “hard worker” and “focused.”

He said even though he cleans up after young kids, when they’ve been in the building during the pandemic, “The kids actually have been receptive of washing their hands, coughing in their arm, with a mask on of course, and they haven’t been making messes because they’re just glad to be back around people.”

He said one important thing to do is sanitizing any surfaces that could be touched, like walls, and there are papers in bathrooms documenting sanitization schedules, so the pandemic has caused “a change of pace” and custodians “have to really pay attention to what’s going on.” The school is relatively small compared to some other schools in the district, but the job can still get overwhelming at times during the pandemic, he said.

Hopefully kids will get the consistency of in-person learning back again soon, he said. Prior to the hybrid A/B model set in place, some of the staff’s children came into the building when their parents went to work, and some children could come into the building if they had Wi-Fi issues or needed special academic attention or other assistance, he said. And when all or most of the kids have been in the building during the pandemic, he said they’ve wanted hugs, but he has to fist bump with them instead.

Kitchen is fire chief for the Junction City Fire Department and a lieutenant for the Boyle County Fire Department, along with other fire department responsibilities, so he received his first dose of the COVID-19 vaccine around early January, before vaccines came to school staff. He received his second dose around late January. He said he also has underlying health conditions.

“It’s actually scary — you don’t know if you’re truly safe or not,” he said.

But since he has background in emergency services, he said he has a unique perspective on the pandemic and tries to take a “selfless approach.”

“The district is very aggressive and supportive to give us the tools we need, the protection we need to do our jobs,” he said. “As a school district — and I think I can speak for all staff — our main focus is our children, their wellbeing and health, and of course their education, but we put safety first on this above everything.” 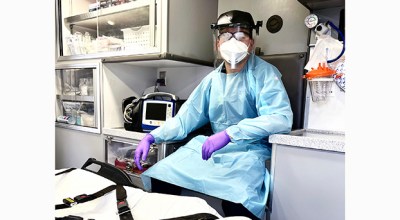 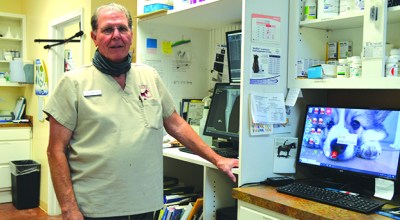 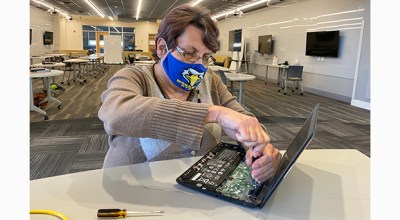 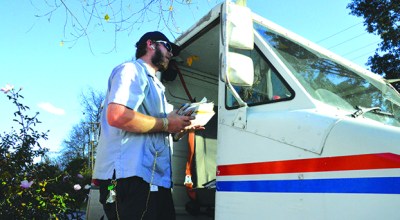