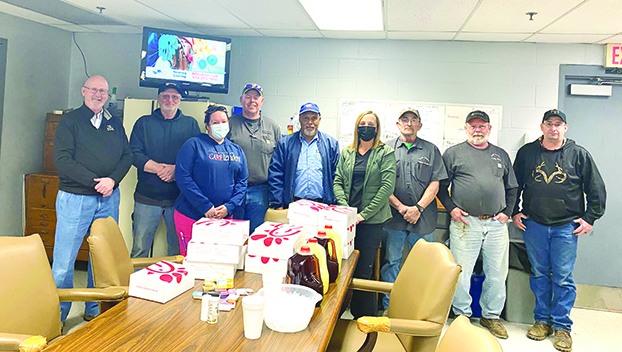 During the severe winter weather last month, Caretenders, a home health care organization with a location in Danville, continued to provide service. Because the Boyle County Road Department cleared roads and made it possible for clinicians to reach patients, Caretenders provided road workers with Chick-fil-A for lunch on Tuesday.

Breeding said Caretenders is a home health agency that helps patients transition from the hospital and rehabilitation facilities. It also tends to patients who have been sick at home or who have had recent surgeries or need wound care. The organization has nurses and physical, occupational and speech therapists, she said.

Some patients have had illnesses such as COVID-19, the flu and pneumonia, and some may require IV antibiotics, oxygen or catheters. Since some patients require daily care, it’s important for clinicians to get to them and provide the care they need, Breeding said, so it was important roads were passable.

County engineer Duane Campbell said during the weather event, agencies like Caretenders and hospice called the road department and let them know if they had a patient who needed care on a particular road and “also to let us know that they had a patient in that area that they needed to get to, so we would make sure that those roads were passable for them.” This was especially important for locations that were far-out or on dangerous rural roads.

“That was helpful to us too because there were times when we couldn’t do much to other places but we could pay special attention to those areas,” Campbell said. 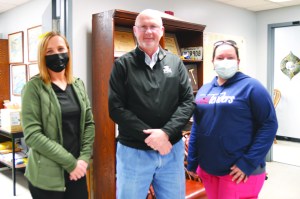 Caretenders clinical director Amy Roberts said Caretenders has a system in place to prioritize patients when the agency knows bad weather is approaching. For patients who live far away or those who need wound care or IVs, Caretenders tries to see those people first.

She said during the weather, Caretenders tried to see all the people they could. Some patients told clinicians not to come because the roads or driveways were too bad where they lived.

“But we just tried to call those patients and check on them daily or every other day,” Roberts said.

“We didn’t have anybody that had to leave home, so that was good,” she said.

Roberts said many of the clinicians have four-wheel-drive SUVs and were able to use their own cars to get to patients. However, one nurse in Harrodsburg has a car that couldn’t handle the snow and ice, so Roberts got out of the office and took the nurse to the patient, who needed blood work, in her SUV.

As for the road department’s work, Roberts said, “I think that they did an excellent job on keeping the roads as clean as they possibly could to keep up with the weather that was bad for days on end, and it just kept hitting us hard, that they were able to make the roads passable for our clinicians to be able to get to our patients that were in need, that we were still able to provide that service that the community so desperately needs.”