Life with a Smile: Admitting fault is hard, and necessary 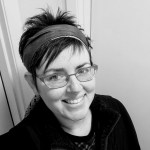 I nearly killed my daughter’s fish a few weeks ago. You know, the fish that were The Beloved Christmas Gift this year? Yeah, those fish. It got me thinking about personal responsibility and – after the insanity we witnessed on the political stage earlier this year – this seems like a worthy topic to discuss.

Let’s start with the poor fish. One evening, while my daughter was at her dad’s house for the weekend, I discovered a lifeless fish floating in the tank. Naturally, it was her favorite fish – or at least it became so upon notification of its untimely passing. Not being a fish expert, I couldn’t tell her why it died but the water temp seemed a little low, so I turned up the heater.

Or so I thought. What I actually did was unplug the heater from the wall. I realized my error about twelve hours later, by which point the temperature had dropped to levels that were likely going to be fatal to the remaining three fish. One was barely moving. I cranked the heater up, crossed my fingers, and began mentally rehearsing how I would break the news to my daughter.

Something went wrong with the heater, I would say. I’m very sorry.

But wait. No. Something didn’t go wrong with the heater. I unplugged it in order to change the setting and I forgot to plug it back in. It was my fault, though certainly unintentional. And I needed to be prepared to tell her that. Miraculously, the fish lived, but I told her about my mistake and apologized anyway.

It is incredibly difficult to admit you made a mistake and take responsibility for your actions. Even as an adult, the immediate instinct is to deflect, cover, or rationalize. Being wrong is uncomfortable and embarrassing. And those are just the feelings I experienced when faced with the prospect of dead fish.

How about the folks who ransacked the nation’s capitol on January 6th? Is it too much to hope for a moment of accountability from them? Where is the reckoning there?

It’s not coming – not really – and that reality hurts my heart as much as the actions themselves. Already, what we hear is a litany of excuses. Caught up in the moment. Just there to see what all the fuss was about. It wasn’t us, it was Antifa. The nonsense goes on and on.

That’s a hard pivot from family pets. I get that. We’ve gone from lighthearted aquatic anecdotes to sedition and mayhem. From dead fish to dead cops in the blink of an eye.

But honestly, I think that’s how it happens. Not in the blink of an eye, but in the incremental steps that no one notices until they’ve gone one step too far. The little things become the big things. Every time.

I find myself in the same place that I was in October of 2018, watching the Brett Kavanaugh hearings and thinking: we have got to teach our children better than this. We have got to demand responsibility and accountability when our kids are young, lest they wind up poisoned by their own privilege, oblivious to their own errors, and too easily duped by the rantings of politicized news media.

But it’s not enough to hold our kids accountable. We’ve got to model it, too. We have to make mistakes – and own those mistakes when they happen.

Lest you think I’m so far up on my soapbox that I can’t see the ground, I’ll assure you that I am often terrible at this. I have straight-up lied to my children when their toys are inexplicably “missing” – knowing darned well I put them in the Goodwill donation box. I have blamed them for mistakes I have made because anger is such a ready defense mechanism in response to shame. I have dodged the truth and settled for easy falsehoods – sometimes because I think I’m protecting them but often when I’m really trying to protect myself from their disappointment or anger.

But that doesn’t make it right. And we have got to do better. This isn’t just about fish. It’s about our future.