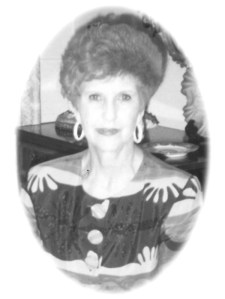 Jacqueline (Jackie) Combs Owens, 91, passed away March 5, 2021. Born on August 27, 1929, in Harlan County Kentucky, she was the daughter of the late Kermit and Elizabeth Combs. The family moved to Whitesburg, Kentucky when Jackie was three years old, where she graduated from Whitesburg High School. After high school Jackie attended Georgetown College graduating with a major in voice and was a member of the Kappa Delta sorority there. She taught music in Whitesburg, Danville, and Junction City in Kentucky and in Annapolis, Maryland. Jackie also served as music director of the College Avenue Baptist Church in Annapolis, Maryland. She had a beautiful soprano voice and sang in productions in college and other venues. Jackie was a member of the choral group the “SWEET ADELINES” in Danville for several years and was a member of the Danville Chapter of PEO. Her passion the last thirty-five years was line dancing. While living in Pikesville, Kentucky, she started a group known as the “SASSY STEPPERS,” consisting of twenty-five women dressed in country western outfits who danced whenever and wherever they were invited.

Jackie was extremely outgoing and never met a stranger. Her church, her family and her friends were a vital part of her life and she tried to bring joy to others in every relationship. Jackie was a devoted and loving wife, mother, grandmother and great grandmother and a friend to many. She is survived by her husband, of 68 years, Bill Owens, her son Michael William Owens (Ann Marie) and their son Brad and her daughter Diane Owens Kennedy (Mark) and their children Patrick Kennedy (Katie), Laruen Cherry (Tom), and Michael Kennedy (Clair). She is also survived by great grandchildren Lucie, Camille, and Madeline Kennedy, Haley and George Cherry, and Tate Kennedy. In addition, she leaves behind her lifelong friend Carol Daugherty of Lexington. Contributions can be made to Georgetown College. Due to the pandemic, a private service will be held. The online guestbook and Hugs From Home program are available at www.stithcares.com.