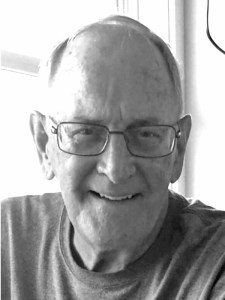 Billy Wayne Caudill, February 27, 1937- March 6, 2021 known to his friends and family as Bill, died in his home surrounded by his family. Bill was predeceased by his parents, the late Grace (Maggard) and Harlin Caudill, his brother, Eugene Caudill, and his beloved wife of 45 years, Nancy (Moberly) Caudill. Bill is survived by his second wife, Patricia (Hutchinson) Caudill, his oldest son and daughter-in-law, Greg and Melissa Caudill and their family, Claire and Jeremy Johnson and their children Brooks and Josie Tate, Bruce Caudill and Rob Caudill. Bill is also survived by his youngest son and daughter-in-law, Kevin and Elaine Caudill and their family, Emily and Zack May and their son Harrison, Jessica Oliver, and Grace Caudill. He is also survived by his sisters-in-law Patsy (Moberly) McClure, Carol (Farmer) Moberly, and Barbara (Moberly) Wade, nieces Terry (Brian) Perkins and Michelle (Rick) Yaden, and nephews George (Darcy) McClure, IV, Joey (Laurie) Kirk, Patrick (Jennings) McClure, Matt (Victoria) Moberly and Tim (Becky) Moberly. Bill retired from the Social Security Administration after 30 years of service, after which he joined Nancy’s real estate business, Caudill and Associates. He was a member of The Presbyterian Church of Danville, Kentucky. Bill loved to fish and looked forward to the annual Men-of-the-Family fishing trip to Otty Lake, Ontario. Bill, along with brothers-in-law, George McClure and Dwight Moberly (known as the Elders), held court each day in the Circle of Knowledge to dispense sage advice and tell tall-tales to their sons and their sons’ sons, affectionately known as the Cubs. He enjoyed cocktail hour, a good story, especially if it made him laugh, and above all else, he loved his family. Bill relished having his sons and family over for summer weekend cookouts with grilled pork chops, fresh Southern-style green beans, Farmer’s Market tomatoes, and corn bread, all served with a healthy side of laughter and love. In lieu of flowers, the family asks that donations be made to the non-profit of your choice in Bill’s memory. A private memorial service will be held at a later time. clarklegacycenter.com