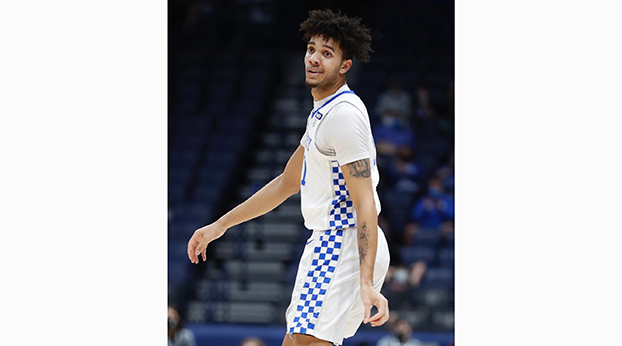 The freshman guard tied his career-high with 23 points in a 74-73 loss to the Bulldogs Thursday at Bridgestone Arena in Nashville, although missing a chance to win it at the buzzer when a long 3-pointer bounced off the rim. He  also scored 23 in a double-overtime win at Mississippi State earlier this season in Starkville.

The season likely came to an end for the Wildcats, who needed to win the tournament to receive a bid to the NCAA Tournament. Kentucky suffered its first losing season since 1988-89 and finished with a 9-16 mark after winning just one of its first seven games.

“It’s just disappointing — kind of like the year went,” Calipari said of the loss. “A couple of baskets here, a block here, they make a free throw, we miss a free throw, a guy is wide open, instead of making a tough play and getting fouled, we take a jump shot that doesn’t have a chance of going. … I thought we were going to make a run. The way we started the game was so disappointing. Basically, we got punked.”

Although Allen was having his way against the Bulldogs in the second half, he was disappointed to see the team’s stay in the league tournament come to an end.

“I wanted my team to get a win,” he said. “I wanted us to go on a roll. I’m disappointed. Like, I’m upset, the fact that this team couldn’t show what we actually are.”

Mississippi State (15-13), which had lost its previous 15 games against Calipari’s teams at Kentucky, advances to the quarterfinals and will take on top-seeded Alabama at noon Friday in Nashville.

The Wildcats trailed by 15 early in the second half before staging a rally that saw Kentucky take a 71-66 lead with 4:30 remaining, Allen had a big hand in the comeback, scoring 20 points and knocking down back-to-back 3-pointers during a crucial stretch.

“Dontaie had it going,” Calipari said. “The kids loved it, I loved it. We were running stuff for him. He was making shots.”

Despite the hot shooting by Allen, the Bulldogs fought back and regained the lead 72-71 on back-to-back treys by Iverson Molinar, who connected on two clutch free throws with seven seconds to seal the win.

Kentucky went to Allen for the final shot at the buzzer, but his trey bounced off the back of the iron as time expired.

“Dontaie Allen has something to do with Mississippi State,” Bulldogs coach Ben Howland said. “I don’t know what it is. Whenever we play against Kentucky, he gets to be the best player on the court. He was phenomenal again. Going to the last shot of the game, my heart was all the way down in the pit of my stomach watching that shot go up.”

The Bulldogs set the tone early and dominated the Wildcats in the first half. Behind the post play of Abdu Ado and Tolu Smith, the Bulldogs scored 36 points in the post and led 44-30 at the break, which helped Mississippi State establish the tempo early.

“They were ready to go,” Calipari said. “Their bigs haven’t done that to any team this year what they did to us. They scored almost every point in the first half.”

Ado finished with 12 points, all of those coming in the opening half. Molinar led the Bulldogs with 21 points.