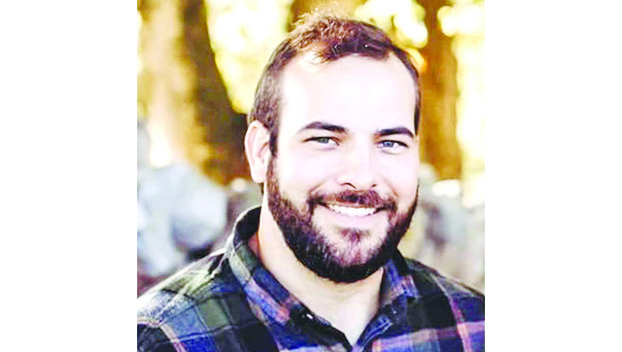 Evan Teague’s love of sports and outdoors has ultimately led to him becoming the new director of the Danville-Boyle County Parks and Recreation Department.

After an executive session Monday during a Danville City Commission special-called meeting, Teague was chosen as director. Teague’s first day on the job was Wednesday.

His previous position was program coordinator with the parks and recreation, which he held for the last two years.

“My love for sports and outdoors has fueled my passion to be involved with parks and recreation,” he said in an email.

Teague said he’s looking forward to the continued development of the city’s parks master plan. His goals are to help strengthen the department’s existing programs and provide programs for people of all ages.

“I am looking forward to utilizing all parks throughout our city and getting more people involved with our parks and recreation system,” he said.

He’s recently been a part of developing a new website called “Civic Rec,” which he said will be a more user-friendly way to learn about what parks and recreation can offer. He said the department is hoping for a launch date for it “very soon.”

The city performed a national search for a new director with more than 40 candidates, narrowed it down to about six and then to three, ultimately choosing Teague.

City manager Earl Coffey said Teague “came across as the strongest candidate during the interviews.”

“He was able to express his desire to improve himself professionally but also to serve the community in a stronger role,” Coffey said in an email. “He convinced us of his desire to help the parks department improve service to the community while acknowledging the understated role the department plays in service to citizens, quality of life, livability and by extension economic development. We have high expectations for Evan and believe he will approach the work with the correct attitude of a service provider.”

Coffey said Teague will play a “vital role” in operations and budgeting for the department by establishing a recommended operating budget, including programming, and executing the budget. He will also work with city engineering on implementing plans.

According to a composite service area map created within the parks master plan, there is poor access to recreational features for the south and east sides of town, Coffey said, and the acquisition of Jennie Rogers is intended to provide opportunity on the east side. Coffey said the building is about 37,000 square feet and is generally in good condition, with a functional gym space that could be put to use for nearby neighborhoods.

He said the city was able to acquire the space and the five acres it’s on for about $17.20 per square foot. In comparison, the approximate cost to build an equivalent structure would be about $200 to $225 per square foot, he said.

“So at the end of the day the city saved potentially millions if its goal is to improve livability and quality of life while also able to investigate ‘highest-best’ uses for the beneficial reuse of the exiting public space,” Coffey said.