Danville’s Bluegrass & Buttercream, which is a specialty bakery and café, has been featured on an episode of the Food Network’s show, “Project Bakeover” in Canada. And hopefully it will air in the U.S. too, said owner Shana Followell.

“It’s been a wild ride,” Followell said. “And a lot of secret keeping.”

Now that her business’s episode aired in Canada on Feb. 18, she’s able to talk about the transformation of her bakery.

Followell said she moved from her small shop on Third Street in September of 2019 to the East Main Street location next to Centerpoint church near the corner of Second Street.

On a Friday night in December, she received a message on Facebook from a casting director for the Project Bakeover show asking if she would be interested in participating.

“They were looking for bakeries who had a good following and who looked nice on social media, and looked like they had good reviews and things like that,” Followell said. “But maybe they could use a spruce up or something like that.”

At first, Followell said she thought it could be a scam. “You don’t know how legit people are.” But after a bit of online research, Followell found that it was a legitimate production and casting company so she answered the message.

A phone interview was scheduled where she was asked “a lot of questions about my bakery and our story and our location. They just wanted to know who we were and that went really well.”

A camera interview was set up for Wednesday on Zoom which was recorded. Then she had to wait for the producer to call her back.

In about two weeks Followell received an email saying the company wanted to cast her and Bluegrass & Buttercream for their show and the crew would be there in three weeks. “I about fell over.”

She said the timing was actually perfect. They had moved into the new space in September and was very busy. “It was just crazy. We were just trying to get our footing and figure out our new normal,” Followell said. They hadn’t really had a chance to do much interior decorating.

So it was perfect timing when the production company contacted her for a makeover project.

Timelines were scheduled and Followell was told what permits and things she needed to take care of before the full filming crew arrived in mid-March, 2020.

“It wasn’t my first go with Food Network. I had gone through casting and interview process for a show called Bakers vs. Bakers in 2016-2017. Then the show was cancelled in mid-season.” She added, “I got my hopes up before,” which was why she was skeptical that the project would really happen.

But the filming crew and designers did come to Bluegrass & Buttercream and worked on the bakery for seven days.

Followell said she had no interaction with Tiffany Pratt, the show’s designer, before the renovation began so she didn’t have a say in how her bakery would look.

“I had no idea, and they did not give me any leeway to have any input.”

She said she was even blindfolded everyday before entering her shop and was only allowed to go the kitchen and bathroom. She couldn’t even go to her upstairs office. The crew also blocked off every opening where someone could peek in to get a glimpse of their work.

Then the pandemic shut everything down.

March 16 is the day they left “in a blaze of glory,” Followell said. “They left and had to get back to Canada because the borders began to close at that point. Then we shut down the next day.”

Bluegrass & Buttercream had a beautiful new look with pastel colors, cozy seating, interesting cupcake displays and cheerful wallpaper, but “nobody got to really experience it and sit down and just hang out in here. But we were still open for just carry out.”

They finally got to reopen on June 3, she said.

Followell’s customers knew something had been going on and commented on the change.

But she still couldn’t talk about the show until it aired in Canada.

Since it showed in February, Followell has been able to share the 2-minute 45-second clip of Project Bakeover, Season 1 Episode 3 titled “Sweet is Not a Flavour.” She said, “That’s what everyone has seen here in the states.”

The full episode will air sometime in the U.S., “but we’re just not sure. It was supposed to air simultaneously, but because of COVID, everything got messed up.”

However, she is still bound to her contract with the show and isn’t allowed to talk about anything else that transpired in the full 47-minute episode.

But just from sharing the short clip, “We’ve had people calling us from New York and California, literally wanting us to ship anything that we possibly can.”

“I sent Bluegrass & Buttercream T-shirts to California last week.” And, a lady from out of state asked that they send her “some kind of a box of shelf-stable” treats. “So now we’re toying with the idea of doing shipping a little bit.”

Followell is known for helping people celebrate birthdays and weddings with her customized cakes. And most recently she created a very special cake for Alyssa Wray’s American Idol audition watch party. Alyssa lives in Perryville and attends the same church as Followell and her family.

“She’s on our Praise Team,” Followell said. “We were pretty excited for her. We’ve known she was a star for years.”

And now, Followell and her Bluegrass & Buttercream may soon be national stars too. 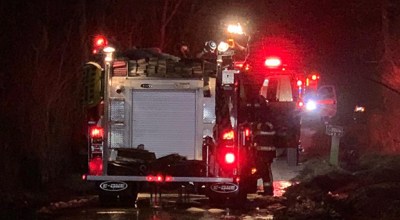 County employees rally behind one of their own; home…