Rare dollar bill is housed at the library 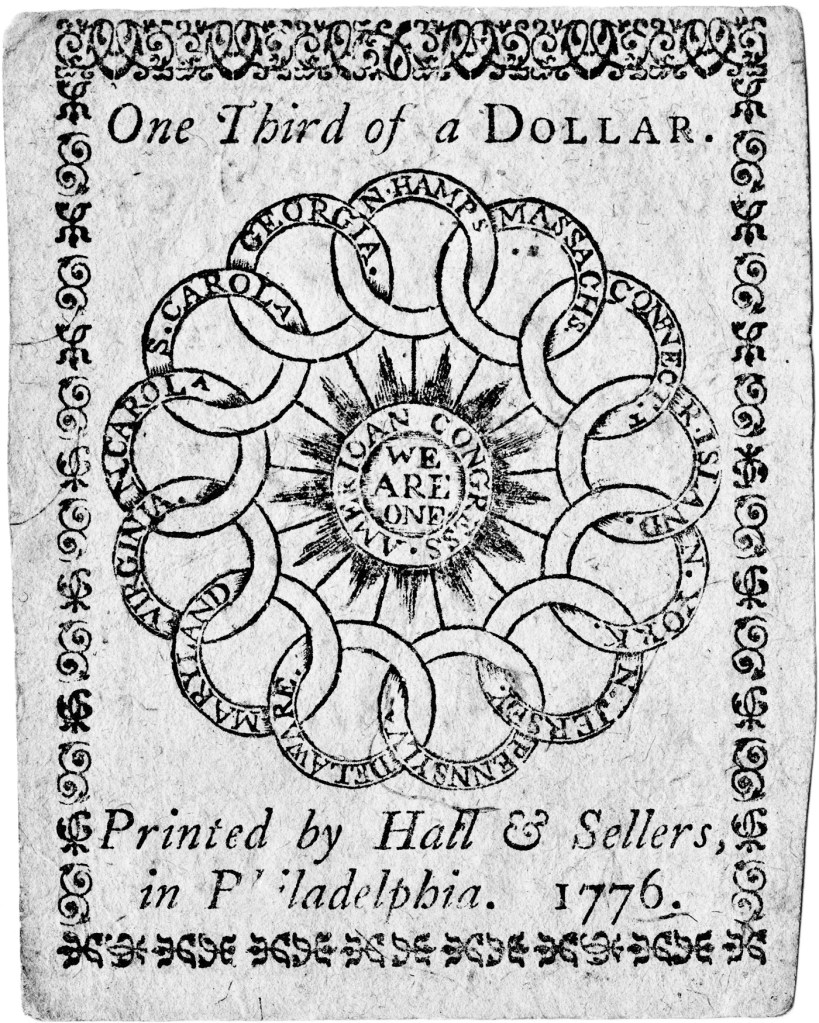 (Editors note: A portion of information for this article was taken from  the Hall and Sellers Printing Company in Pennsylvania site and a paper by Thomas Wilcox and Ivy Mills.)

A 245-year-old one third dollar bill is among the rare treasurers housed at Boyle County Public Library. The bill measures 31/8 X 2 1/2 inches.

The small paper currency was a gift to the library from the estate of Eugenia and Sara Lee Young, said Steve Ellis, the library’s reference associate.

Joseph Redman, high sheriff of Philadelphia County, was one of several signers of paper bills for the February, May, and July 1776 emissions.

When the Revolution began there were 13 different kinds of money, each with a different rate, and generally worthless in the neighboring colony. 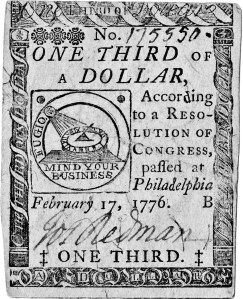 Each colony printed its own money and pegged it to a “Spanish Dollar” which was the most widely used hard currency in the colonies.

“In 1776, Congress divided the “Spanish Dollar” into different amounts, representing each colony.

Authorized by a Continental Congress resolution on Feb. 10, 1776, $ 1 million of the $4 million resolution was reserved for the first fractional paper currency.

The money was designed by Benjamin Franklin, with TUGIO” ( I Fly) and

“Mind Your Business” as a legend and sundial on the face. Each piece of

money was numbered and signed.

The reverse shows 13 linked rings bearing the names of the 13 original colonies hooked together around a sunburst with the legends, “American Congress and “We Are One”.

ink near the bottom. The devices and borders were cut by Elisha Gallaudet, a local engraver. The bills were printed by Hall & Sellers, formerly owned by Benjamin Franklin, in Philadelphia.

The new money was part of a special collection of paper currency created by the Continental Congress in 1775 to finance the army, provisions, governmental actions and all other aspects of national protection and security during the Revolutionary War, according to information from Massachusetts Historical Society in Boston.

of Dr. John Clarke and Cornelia Crittenden Young of Danville.

at the Presbyterian church for many years. All are buried in Bellevue Cemetery.