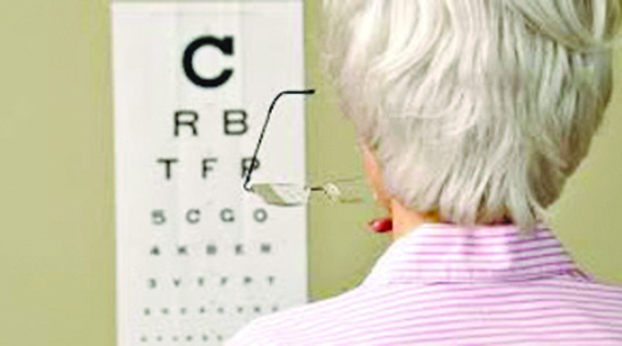 Kentucky is close to becoming the 43rd state to require drivers to have a vision screening every time they renew their license. The rule is in a House bill that has passed the Senate is back in the House for consideration of changes made to it in the Senate.

“House Bill 439 is a commonsense piece of legislation that will save lives by ensuring drivers on Kentucky roadways have the necessary visual acuity to operate a vehicle,” Senate Republican Caucus Chair Julie Raque Adams of Louisville told the Senate. “Kentucky only requires a screening when you get your license the first time, even though studies show that visual acuity declines with age.”

If the bill becomes law, its effect would be delayed until July 2024 to allow circuit court clerks, who issue licenses, time to prepare for it.

Kentuckians would continue to have the choice of renewing their license every four or eight years, and a vision screening test would be required at each renewal. Drivers would have the choice of getting their screening at the renewal office or by a medical provider. Anyone who failed the screening would be referred to a vision specialist for further evaluation. The visual acuity standard in Kentucky is 20/40 or better.

“It is time for us to join the 42 other states and protect Kentuckians and our roadways,” Adams said. “House Bill 439 does that and makes it convenient for the driver at renewal.”

Adams said HB 439 was supported by ophthalmologists, optometrists, nurse practitioners, transportation officials, state police, the Kentucky Medical Association and the American Automobile Association. She added that AARP didn’t oppose the bill because it does not target older drivers.

Sen. Robin Webb, D-Grayson, said that as a daughter of an optometrist, she was voting for HB 439, but also shared some concerns.

“I’m going to vote yes and hold my nose on this bill,” she said. “This just to me comes across as another layer of bureaucracy and maybe even prompted by insurance companies, and it’s going to be a hardship. There are open-ended fees and administrative allowances that I think we just have to . . . continue to monitor this program and make sure there’s valid avenues for appeals.”

Sen. Ralph Alvarado, R-Winchester, noted that it had taken seven to eight years to get all of the stakeholders to agree upon the same language for the bill.

“If you are on the road having trouble reading signs, please get those exams done prior to 2024,” said Alvarado, a physician.

When HB 439 passed out of the House on Feb. 25, on a 89-5 vote, sponsor Kim Moser, R-Taylor Mill, said the state Transportation Cabinet has said it expects any increase in fees to be “nominal” and will largely be used to cover the cost of equipment.

Citing several studies, Moser said every state that has implemented a vision screening requirement has seen a reduction in crash-related deaths and hospitalizations.

The bill passed the Senate 31-4 on March 12 with a committee substitute that clarifies which applicants get a vision test administered by the cabinet or the State Police. If the House approves the changes, the bill would go to Gov. Andy Beshear. If not, the Senate would have to drop the change or send the bill to a House-Senate conference committee.