Looking back at KSD during Women’s History Month 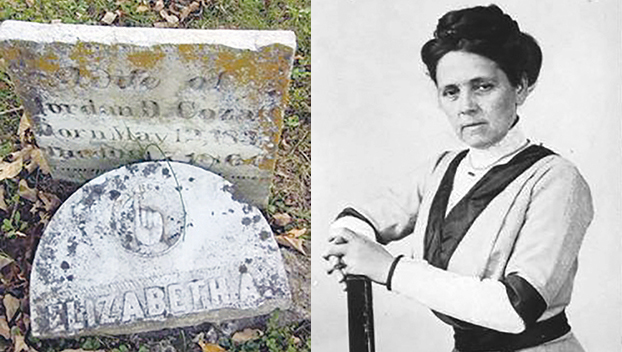 This month Jacobs Hall Museum honors two deaf teachers, Elizabeth Ann Young and Belle Lunsford. Both women became deaf at an early age, both were graduates of the Kentucky Institution for the Education of Deaf Mutes, now Kentucky School for the Deaf, and both were teachers at the school after they graduated. 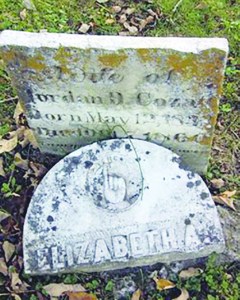 Elizabeth Ann Young, born in Daviess County in 1833, had a severe cold when she was 18 months old and became deaf. She also lost the sight in one eye.  She entered the Kentucky Deaf School in November 1847 when she was 14 years old. At that time, the earliest age of entry was 13 years of age.

After seven years of instruction, she graduated in 1854, the first graduate of the Kentucky Institution.

When Principal John A. Jacobs immediately hired her as a teacher in 1854, she became the first female teacher at the school. She is listed as the teacher of “the Larger Girls” in Fosdick’s Centennial History of the Kentucky School for the Deaf. She taught for years, until her marriage in 1858 to Jordan Cozatt,  a fellow teacher and former Institution student, on July 27, 1858.

The Young-Cozatt wedding was so unusual that even the Nashville, Tennessee daily newspaper, The Patriot, carried this report taken from the Danville Tribune in its Aug. 6, 1858 edition. “The ceremony was performed by Rev. S.R. Cheek, A.M., Vice Principal of the Institution, who conducted the exercises throughout in pantomimic or sign language, the vernacular of the mutes. All the pupils of the Institution, male and female were present.”

At that time, most of the pupils were adults, in their 20s and 30s, who lived at the institution throughout their school years.

Elizabeth’s teaching career ended with her marriage. She and her husband had a baby girl, Frances Cozatt. The three Cozatts died within a year of each other: Frances at 8 months in May 1860; Elizabeth in October 1860; and Jordan in May 1861. All three are buried at the Mud Meeting House Cemetery on Dry Branch Road in Mercer County. 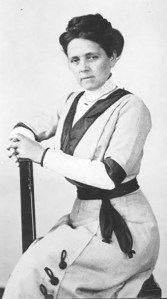 Belle Lunsford was born in 1871 in West Virginia but soon moved to Lawrence County, Kentucky. At age 4 she lost her hearing due to illness. When she was about 7, she went to a local school and was able to develop her speaking ability, but her hearing problems caused her to drop out after two years. Soon afterward she became an orphan. It was not until 1882 that she entered KSD at the age of 11.

At KSD Belle was a fine student and was president of the Christian Endeavor Society and secretary of the Literary Society. A strong debater, she was even on the winning affirmative side in a debate where the issue was that mules work harder than horses.

She attended KSD from 1882-86. re-entered in 1889 and graduated in 1893. The school recognized her teaching potential – in 1892 she was put in charge of the 4th grade when the teacher became ill. Soon after graduation Belle returned to KSD to work for the superintendent. When a teacher asked for a furlough due to poor health, Belle was hired and taught at KSD for the next 31 years.

She was an active and effective teacher. She helped lead the Christian Endeavor Society and the Literary Society; took her students on frequent outings; sang with graceful signs; and loved playing croquet, hiking and fishing.

James Gallaher’s 1898 publication, Representative Deaf Persons of the United States of America, included a profile of Belle as one of four exemplary deaf individuals working in Kentucky. He wrote, “She is totally deaf, but a fine talker orally and a splendid lip-reader; and is readily understood when speaking. She can talk as well as anyone. She is a lady of refinement and is liked by all who know her.”

In 1898 the school newspaper reported that she rode her bicycle to Junction City with other teachers including Mr. Max Marcosson, a KSD and Gallaudet University graduate. In the summer of 1903 Belle Lunsford and Max Marcosson were married.

They must have been the power couple at KSD. Together they taught for 71 years at the school. They were deeply involved in the school’s mission, in the welfare of deaf students, and were leaders in state deaf affairs. He helped with the Boy Scouts; she worked with the Camp Fire Girls.

They both took photographs of student life, and both organized and chaperoned student outings, often to Dix River. They loved the outdoors, and for many years they spent summers living a simple outdoor life, tent camping on the shores of Lake Erie near Cleveland.

Belle Marcosson died in Danville on April 15, 1933. Her obituary stated: “She was a charming woman, cultured and refined, who exerted a most wholesome influence upon the young people of the school during all the years she resided here.”