Local historians share ‘uncommon’ stories from Kentucky and the south 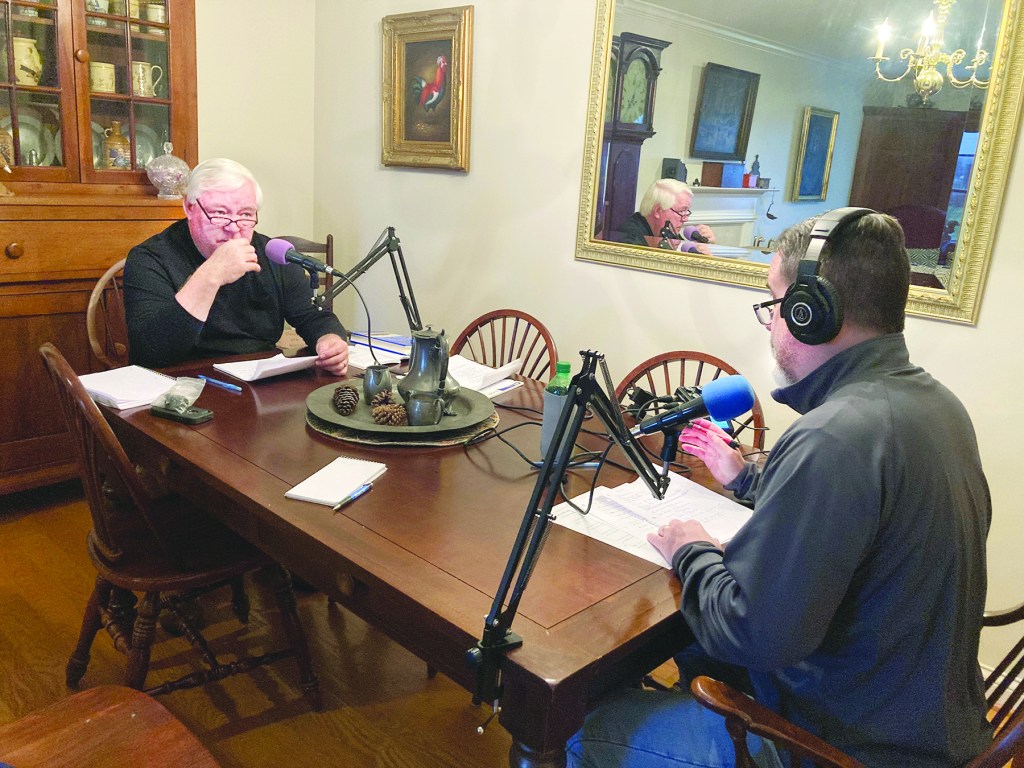 Have you heard the story about Thomas Johnson Jr., who was known as the “Drunken Poet of Danville?” How about the time when John Dillinger and a couple of his friends hid in Gravel Switch and ended up robbing the town’s bank? 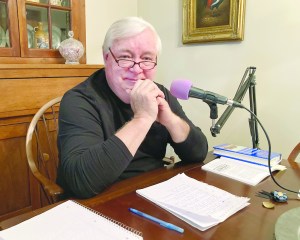 These are just two stories that Boyle County residents and historians Harold Edwards and Boyle County Jailer Brian Wofford have discussed on their podcast “Uncommon History of the South.”

“History is full of curious characters and interesting stories you will never discover in any textbook. We uncover fun facts of historical events, interesting places, famous people and everything in between,” according to the podcast’s webpage.

About twice a month the men sit at each end of Edwards’ long dining room table, surrounded by antiques and artifacts at his home in Perryville. They set up their microphones, Wofford puts on a headset and adjusts the audio recorder. They pull out a few notes and begin discussing a historical story.

“‘Uncommon History of the South’ is not just about Kentucky. Now today, this one’s going to be about a mystery in Charleston Harbor in Charleston, South Carolina,” Edwards said on Wednesday. 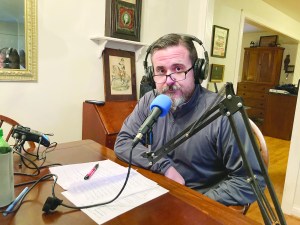 Before recording the March 19 episode titled, “History of the Confederate Submarine Hunley,” Edwards said, “We like to have a dialog. I don’t like to just talk. It’s not a lecture.”

During the recording, Edwards explained how and why a private enterprise developed and financed the first U.S. military submarine which sank a ship during the Civil War. He also talks about the mysterious disappearance of the submarine.

“We’re trying to incorporate the whole south, because that gives us a broader base of stories, but most of it’s where my mind is. I’m interested in southern history. I can’t do all history, but what I have been interested in most of my life … is southern history. And it’s not just the Civil War. That’s a defining point in our history, but that’s not a defining point for me. I’m interested in pioneer history and things that happened after the Civil War,” Edwards said.

Most of their topics “are things that I have in my head. So I just write myself some notes so I’m organized, and we just start. We don’t practice or prepare because we want it to be spontaneous,” Edward said.

“I’ve done some shows for Kentucky Educational Television (KET) and one of the things I learned there, is they did not want me to be rehearsed or scripted. They just wanted it off the top of my heard, and that’s what we do,” he added. 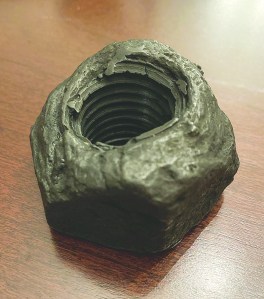 Wofford said, “What amazes me about Harold’s knowledge of history is he knows more than, Army A lined up here, and Army B lined up here, and this is where they fought. He can tell you the people that were in that, and their history, like if they survived, and they happened to do something here or in South Carolina. It’s just different things. That’s what I find fascinating.”

Edwards said he’s studied history of the South and Kentucky history all of his life. “I like stories that people have never heard. I like stories of hidden history. We all know the big stories, but what I like are the human stories, the people’s personalities, the little things that motivated them and the little details that sometimes we wonder why did they do what they did.”

Edwards said he enjoys researching information that interests him. “There’s no one way of doing things. You go to a cemetery, you read a stone, you hear a family story, read an excerpt from a book that mentions something that happened. Then you just run with it.”

In fact, that’s how their podcast got started.

One night when they were having dinner with a group of friends from Southland Christian Church Edwards started sharing one of his tales. Brian recalled telling him they should video him telling the historical stories, then thought that a podcast would be better. 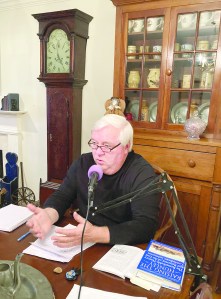 “So I told him what a podcast was. Basically we can record it (audio) and publish it on a hosting platform. That’s kind of how this got started,” Wofford said.

But Wofford had to learn how to actually do the recording for a podcast. “I learned how to do everything we needed on YouTube.”

Wofford said one of his favorite podcast stories that he and Edwards discussed is about when John Dillinger was in Gravel Switch after he was released from an Indiana prison.

Edwards said, “He was robbing banks in Indiana and Ohio and coming back to Gravel Switch to cool off.” He knew about Gravel Switch because he had met some guys from there who were also inmates at the prison for bootlegging in Indiana, Edwards explained.

“The two local guys that lived there, robbed their local bank and didn’t cover their face. And the next day one of them was pickup at a pool room in Lebanon. That’s like me going down here robbing the Farmers Bank in Perryville and not covering my face and going up to Danville to play pool and they come in and arrest me. Obviously they were not very bright,” Edwards said.

Other stories featured on their podcasts have been about Henry Clay, Frank and Jessie James, Daniel Boone, the history of bourbon and Perryville Battlefield.

Wofford said they plan to record an episode about the abolitionist and author, Harriet Beecher Stowe and her book, “Uncle Tom’s Cabin.” The book was based on a family in Garrard County, Wofford said.

They’ve also had authors and local celebrities such as actor Steve Zahn and businessman Logan Germann featured on their podcast.

Edwards said he enjoys the art of oral history and story telling. “I think that everybody has their things that are their stronger points. And I’d 10 times rather tell a story than try to write it down.”

“Uncommon History of the South” can be heard on all of the major platforms, such as Apple, Amazon, Google and Spotify. “And we have people listen to us in 13 countries,” Wofford said. “I thought it was weird that somebody from Estonia would be interested in U.S. Southern history.” 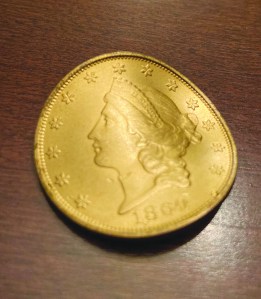 The men began recording their podcasts soon after COVID-19 pandemic pretty much shut everything down. And as time passed, their American listeners increased by 31%,“because people are bored and you can only watch the news so much before you’re ready to throw a brick through the TV,” Wofford said.

Even though their podcast is sponsored, “We don’t do this for the money, absolutely not,” Edward said. “Not that we’re anti-money or anything. It’s just that we’re not motivated to make money. We do this because we enjoy sharing these stories and preserving them.”