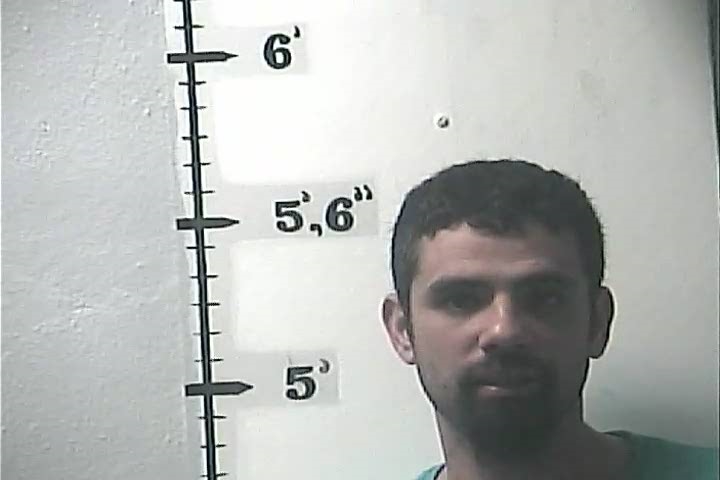 A North Carolina man is being held in the Lincoln County Regional Jail on charges involving kidnapping and rape of a minor.

Stanford Police Department officers were dispatched to Lincoln Plaza on U.S. 27 just before 10 p.m. Tuesday, March 30 in response to a caller who said they had seen a male chase down a female who had fled from a semi truck parked in the area behind Little Caesar’s. The caller stated the male had also exited the truck, assaulted the female, and forced her back into the truck.

An officer and detective responded to the call and both heard frantic screaming coming from inside the sleeper area of the semi, according to a news release.

The officers tried to enter the cab of the truck when the victim, found to be a 17-year-old female, fled and jumped into an officer’s arms, who then took her to a safe area.

During the incident, officers found that both parties came from out of state, and it appeared the female was being held against her will, according to the release.

The male was identified as Noe Bradley Juarez, 29, of Liberty, North Carolina.

The juvenile victim was taken to Ft. Logan Hospital where she received medical attention. Staff from the Kentucky Cabinet for Health and Family Services assisted in contacting and relocating the female with her family.

The investigation is continuing.

As of Wednesday night, Juarez was being held in the Lincoln County Regional Jail on a $20,000 cash bond on charges of: fourth-degree assault; first-degree strangulation; kidnapping a minor; third-degree rape; and resisting arrest.

According to the release, during the incident, the juvenile lost “an extremely sentimental item.” Officers searched the scene Tuesday night for it but were unsuccessful. However, SPD Chaplain Jeremy Johnson, who also assisted with the incident Tuesday night, returned on Wednesday with Mayor Dalton Miller to search for it again. According to the release, Miller found the item.

A post on the SPD Facebook page stated, “Thank you both for going above and beyond to find this very important item so it can be returned.”