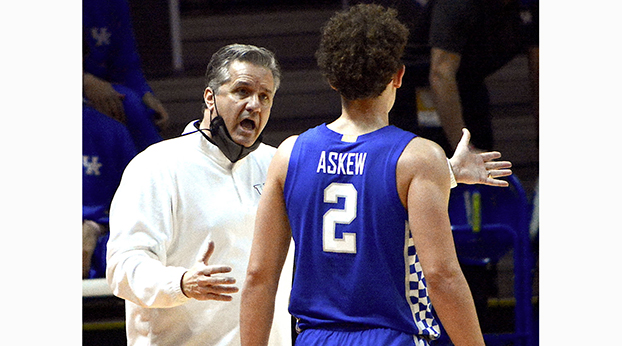 Devin Askew will finish out his collegiate career elsewhere after the freshman guard announced his plans to enter the NCAA transfer portal on Monday.

“I am thankful for the opportunity I had to play basketball at the University of Kentucky,” Askew told 24/7Sports. “I am also thankful for the coaching staff as they provided an experience that contributed to my development in this game I love. My teammates will be my friends forever and

I appreciate how they pushed me day in and day out to get better. With that being said, it will be part of my growth in this game to explore a new opportunity and enter the transfer portal.”

“This is the part of the business I hate,” UK coach John Calipari said. “I wish I could coach every kid for four years, but I have to respect Devin’s decision and I do. I will always be here to help him. My hope – and I told him this – is that he takes the fight he learned here with him wherever he goes. He was a great teammate and improved in so many ways as the season wore on. I will be rooting for Devin as he takes this next step.”