‘Space that is theirs’;
Snyder starting children’s bookstore in Danville 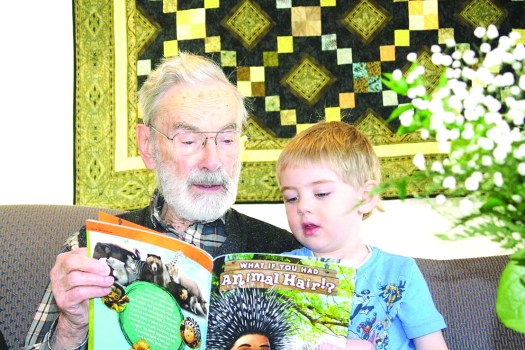 Kate Snyder's grandfather, Larry Burkhalter, reads to Snyder's son in 2014. Burkhalter died in 2019 at the age of 99. Snyder used inspiration from him when she named her bookstore. - Photo submitted 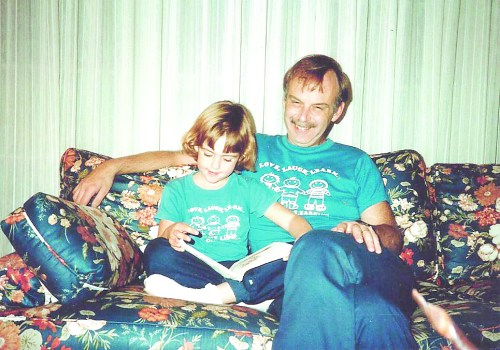 Snyder's father, Jim Lockard, reads with her as a child around 1987. They wear matching shirts. - Photo submitted 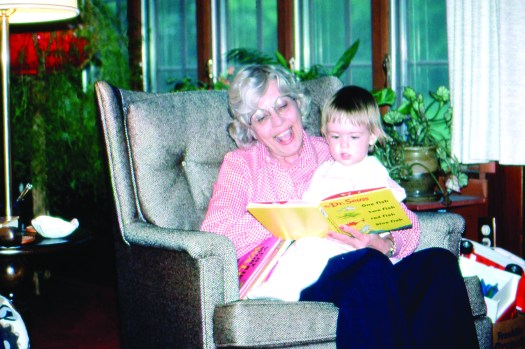 Snyder’s grandmother, Holly Burkhalter, reads to Snyder as a child around 1983. - Photo submitted 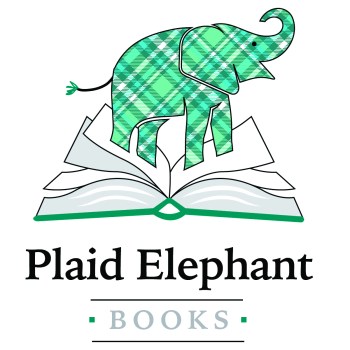 Kate Snyder, a lifelong book lover, is expecting to open her children’s bookstore, Plaid Elephant Books, during the fall of this year.

Snyder had thought about starting a bookstore about six or seven years ago, but she said she got bogged down by logistics, and her children were very young. Then she said during the pandemic, she had some time for introspection on what she wanted to do with her life, and the idea came up again. She said it came up because she was missing community spaces and wanted to find a way to contribute.

In the fall of 2020, she participated in the CentreWorks LIFTOFF program, which teaches participants about entrepreneurship.

She said it demystified some of the business startup process for her. “For me, that was really the catalyst for taking this idea from dream to plan,” she said.

Part of the program involved empathetic listening and asking of questions, she said. So she talked to many people she knew, including families, and she said the key was not to ask them what they thought about a new bookstore in town but what the value of reading was in their lives, where they got books and what obstacles they had to having more books in their lives. What she found was a positive response of Danville families telling her how much they prioritize reading for family value, with their kids.

“So, from all of that, I really developed this idea that a children’s bookstore specifically might be a good fit for Danville,” she said.

In her plans Snyder zeroed in on creating a children’s bookstore specifically.

She said the fact the Boyle County Public Library is strong and what she described as at the heart of the community says something about what the county values. She said she’s even heard from some people that the reason they moved to Danville was for the library.

As for the location of her bookstore, Snyder hasn’t signed a lease for a location yet — that’s something she’s hoping to do in the next few weeks — she wants a location downtown, in the heart of the city.

“I really wanted to be within that because that’s part of the ethos of an independent bookstore, is that it’s really woven into the fabric of the community, and so for me, downtown really felt like the place that this idea fit,” she said.

In addition to books, the store will also have puzzles, toys and games, as well as an art studio. Snyder is a mosaic artist, so she will combine her studio into the location and offer classes for not only children but also adults, and will sell mosaic kits.

Snyder said books are a combination of learning and escape since they build knowledge but in a way that’s “magical” and “speaks to your heart.” She said play and art are similar, which is why she wants to incorporate them into the store in addition to books.

For the design of the store, she wants it to be welcoming to children, with things at their level and chairs their size, and give them an opportunity to explore. And for the age range, she wants it to cater to babies up to middle schoolers and young adults.

“I have a 12-year-old sixth-grader, and she has been giving me copious notes on the types of books that she needs to see in the store,” she said with a laugh.

The process of bringing her idea into reality hasn’t necessarily all been easy — she has a communications background and only a little retail experience, so she had to learn a lot of the business side of things, and it was a big learning curve learning the ins and outs of the publishing industry too.

Luckily, she said independent bookstores are a close-knit community, so she was able to connect with bookstore owners throughout the country to help her learn the business.

For the financial aspect of business, Snyder used a small inheritance from her grandfather, who died at the age of 99 in 2019, as some seed money for her business. The bookstore’s name is a nod to him, she said. He grew up in India and had an affinity for elephants, and he also had “a fondness for plaid,” hence “Plaid Elephant Books.”

Her family is a family of readers too. Her grandmother was a middle school English teacher. As for herself, she grew up with a love of fantasy and mystery books, something she still gravitates toward now. Her parents modeled reading for pleasure well for her, and she’s passing reading on to her own children. Reading with and near each other is important to her family, she said.

As for her job with the Art Center, where she’s currently associate director, she will work part-time there as of July 1, and then will transition into the role of program manager. She’ll continue that role part-time for the foreseeable future, she said.

On the Plaid Elephant’s social media accounts Snyder launched a hashtag for Read Together Tuesday and has been posting photos of her family reading together, encouraging others to share theirs. She hopes to get involved with organizations in the community focused on reading, like the Gladys Project and others, and to be a destination bookstore for Central Kentucky, not just Boyle County.