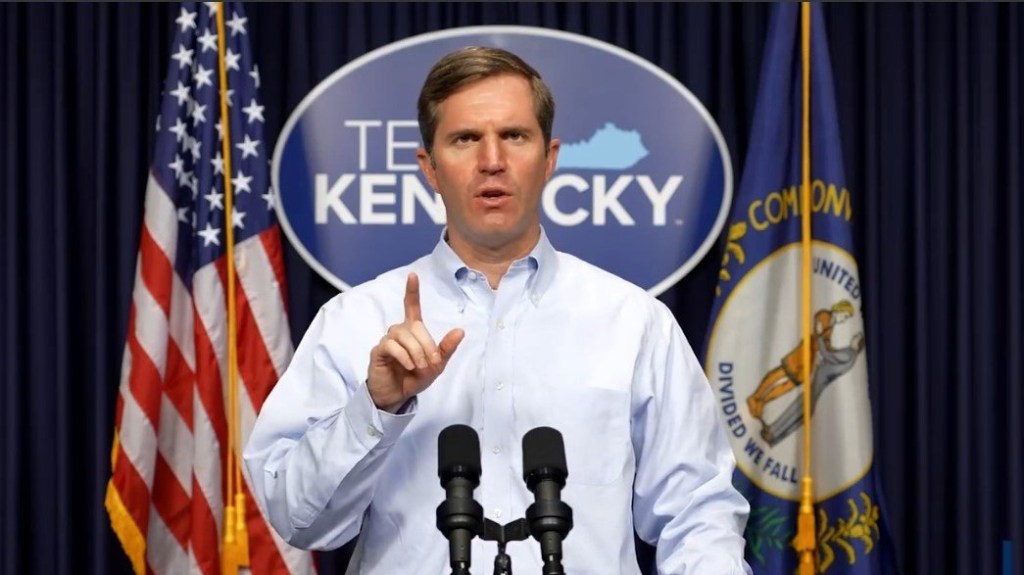 LOUISVILLE, Ky. (KT) – Gov. Andy Beshear announced on Monday the benchmark at which most restrictions will be lifted at restaurants, bars, and event venues in Kentucky.

During a press conference opening the state’s largest vaccine center at Cardinal Stadium in Louisville, the governor revealed what he called the “Team Kentucky Vaccination Challenge.”

When this goal is reached, we will remove the physical distancing restrictions and we will end the curfew that we have on bars and on restaurants.”

Beshear said this should motivate everyone. “If you’re a restaurant, a bar, a store, a public pool, a country club, a grocery, a funeral home, a wedding venue, a concert hall, a museum, if you put on festivals, if you are a distillery, this is what you have been waiting for. A clear number and a clear goal to hit.”

The governor said the mask mandate will remain in place, until there is control of the so-called “UK Variant,” which is the dominant strain of COVID-19 currently in Kentucky. They also have not yet addressed lifting restrictions at major events, such as the Kentucky Derby and college football games.

According to the state website, kycovid19.ky.gov, as of Sunday, there have been 1,556,419 people with at least their first vaccination, so the goal is less than 950,000 away.

Beshear offered his best guess as to when the goal may be reached. “It could be in as little as three-and-a-half weeks. Realistically, it’s probably going to be somewhere between four and six weeks, but it is all up to us. Every single individual’s choices can get us closer to that normalcy we’ve been looking for.”

The new 28-lane drive-through vaccination site at Cardinal Stadium in Louisville will be open Monday through Saturday for seven weeks, and can handle over 4,000 vaccinations per day, so they anticipate being able to handle up to 200,000 during that time.

While people as young as 16 can now get the Pfizer vaccine, and 18 for the Moderna and Johnson & Johnson versions, the governor noted more and more cases of the coronavirus, especially the UK Variant, are turning up in younger people, and wants to emphasize his message to those 16 to 30 years of age.

“We’re working every day on being creative on different incentives and different opportunities,” he said. “Part of what we need them to do though, is to know that these current surges, such as in Michigan, are hitting younger Kentuckians. I don’t think we are in the hesitant stage or those who say no, I think we’re to the indifferent stage; people who are willing to get it if it’s easy, or if there is a compelling reason.”