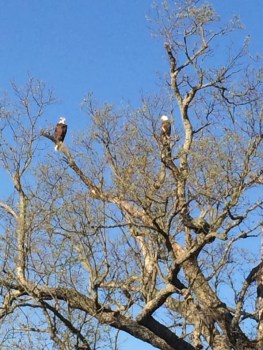 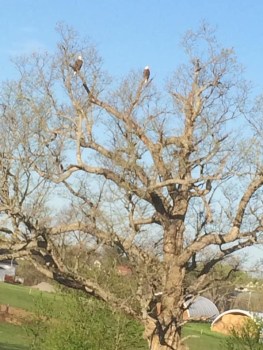 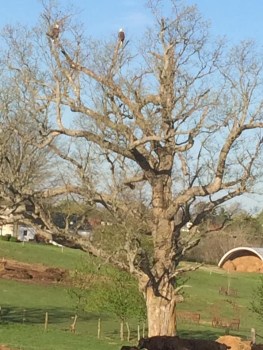 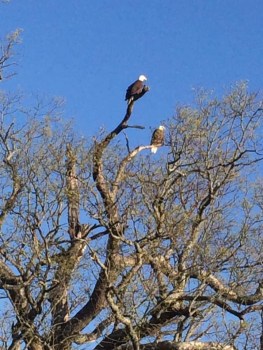 Donnie Leonard of Boyle County shared these photos of eagles on his property.

An Associated Press report from March of this year said the number of American bald eagles has quadrupled since 2009, with more than 300,000 birds soaring over the lower 48 states.

The AP report stated that bald eagles reached an all-time low of 417 known nesting pairs in 1963 in the lower 48 states. The U.S. Fish and Wildlife Service was quoted in the report as stating that bald eagles were at one time near extinction, but have flourished in recent years, growing to more than 71,400 nesting pairs and an estimated 316,700 individual birds. The bald eagle was removed from the list of endangered species in 2007, according to the report.