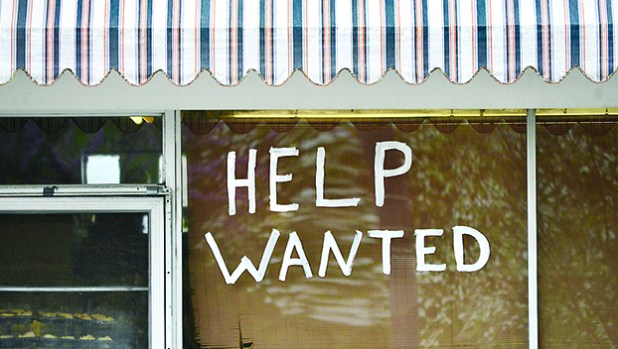 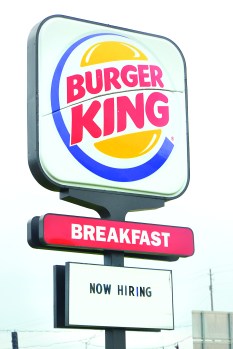 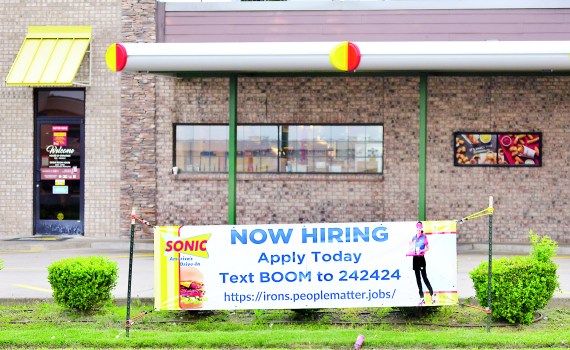 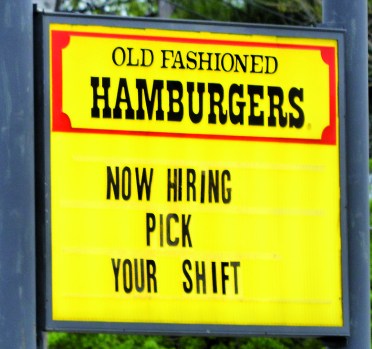 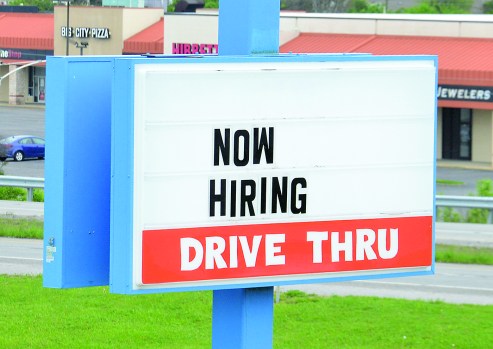 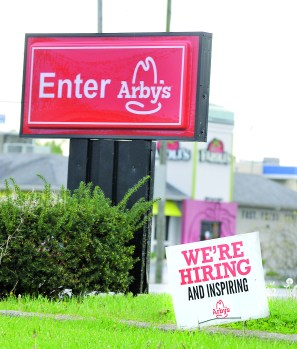 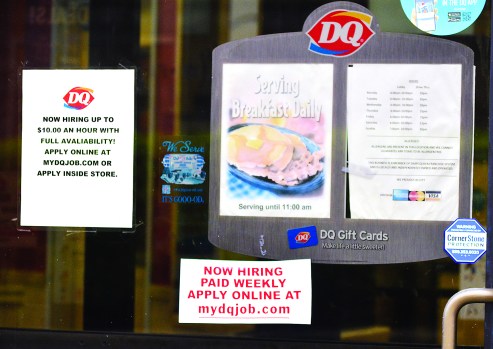 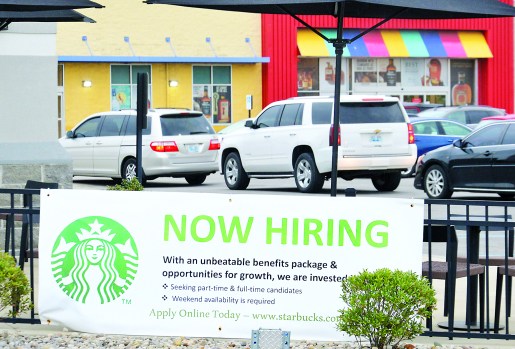 A shortage of employees at many of the local fast food establishments and privately owned restaurants is causing headaches for the managers, and frustration for their customers.

Autumn Ferguson, manager of Sonic Drive-In on South Fourth Street, said on Wednesday that sometimes she’s the only one working there in the early morning hours.

“People want their $1 drinks,” she said.

But she doesn’t have enough employees to cover all of the shifts.

“That’s been a problem,” she said. And she wants to make her customers happy, “even if I have to work by myself.”

Sonic’s eat-in dining room and pull-in stalls are closed, not because of the pandemic, but because she can’t hire enough people to handle the orders. The drive-thru remains open. However, because of the employee shortage, customers still have to sometimes wait 10 to 15 minutes to get their order.

Most of the customers understand Sonic’s predicament, Ferguson said. But a few get angry because they’re not used to having to wait a few extra minutes, she added.

Ferguson said she apologizes and hands out coupons when their wait gets too long.

In order for the restaurant to run smoothly, Ferguson said she needs about 45 employees. Right now, she has 28. And during the busiest times of the day, Ferguson could use 11 to 12 workers, but has to get by with just seven right now.

It’s a lot of stress to work under, she said, especially for the managers, who have to keep the restaurants running. She was able to take her first day off in literally a month just a couple of days ago, she said.

But the future is looking “promising.” Ferguson said she’s just hired five people, and hopefully soon Sonic will be through this “rough spot.”

When some of her former employees received their COVID-19 stimulus checks and tax refunds, she said they just quit. “They decided they didn’t need to work,” she said. “It was not a good combination to happen at the same time.”

“We only have three managers and nine crew members,” to keep the restaurant open seven days a week. And two of those are minors who are limited to three hours per weekday, Humphrey said. On weekends, they can work up to eight hours.

To try and keep the restaurant running efficiently with the worker shortage, Humphrey said they reduced their hours from 6 a.m. to midnight, and the restaurant is now open 7 a.m. to 9 p.m.

Sometimes customers have to wait longer than they’re used to for their orders, Humphrey said. But they try to do the best they can to get the orders out as fast and fresh as possible, she added.

Humphrey and the other managers have been working “a lot of overtime,” she said.

And the workers who are there get frustrated, too.

“They want to help but they have other things to do,” she explained, like a working at a second job or taking care of their children.

“People were given free money to sit at home,” instead of work, she added.

“Everybody I’ve talked to is having this problem,” he said.

When asked why this was happening, he replied, “I have no clue.”

“Fortunately, most of my staff are always here,” he added. “I have good associates.” But customers still sometimes have to wait longer than they expect to, because of the employee shortage, he added.

She explained there are several reasons why people haven’t returned to the workforce since the pandemic began last year. Maybe they had to stay home with their children when the schools closed, and then be responsible for homeschooling; maybe they can’t find child care; maybe they took other jobs. “There’s no way to know all of the reasons,” Roof said.

She said she can’t predict if there is an end in sight to the worker shortage once businesses fully open.

“I hope people will return to work,” she added.

When the pandemic hit this area last year, restaurants were forced to close their doors. And even though inside dinning was prohibited, eventually, a few promoted curbside-pick up options, and the fast-food chains opened their drive-thru windows.

Currently, a few restaurants with drive-thru ability have opened up their dinning rooms, but many others have chosen to keep them closed, Roof said. That’s because their employees are already spread thin and there aren’t enough workers to make opening dinning rooms an option for the managers, she explained.

Roof said she had just met with a restaurant owner who recently joined the KRA. He told her he was working more than 100 hours a week because he didn’t have applicants to fill his open positions, and he couldn’t afford to lose those who were already working for him. That’s how bad this situation is, Roof said.

Then she added, as restaurants open back up, increase capacity and search for good employees, “I hope people give us a little bit of grace.”