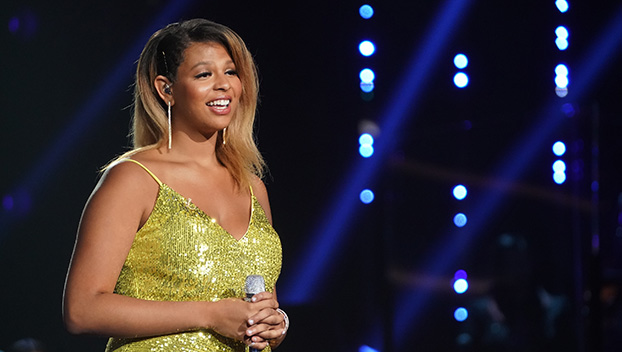 Alyssa Wray is pictured during her Top 12 performance. - ABC/Eric McCandless

Update as of Monday, April 19: Alyssa Wray has advanced into the top nine candidates on American Idol this season. The 10th candidate will be determined from “comeback” contestants from last season returning to the stage in an upcoming episode.

Tomorrow’s show, which will air at 8 p.m., will consist of contestants performing Oscar-nominated songs live for America’s vote to make it into the top nine candidates, according to ABC. Lionel Richie will open the show with a performance of “Say You Say Me.”

Then on Monday, there will be an episode featuring “comeback contestants,” which will also air at 8 p.m. on ABC. This process is a first for American Idol and will consist of 10 finalists from last season returning to the stage. One of them will be chosen after voting, who will round out the final 10 this season and go to the next round. Voting closes April 26 at 6 a.m.

American Idol episodes are also available for viewing on-demand and on Hulu the day after they air.

Comeback contestants will be:

After the final 10 are announced, typically two contestants are eliminated each week. There is no show April 25 due to the Oscars. Four more episodes will air each Sunday until the finale, which will be May 23.